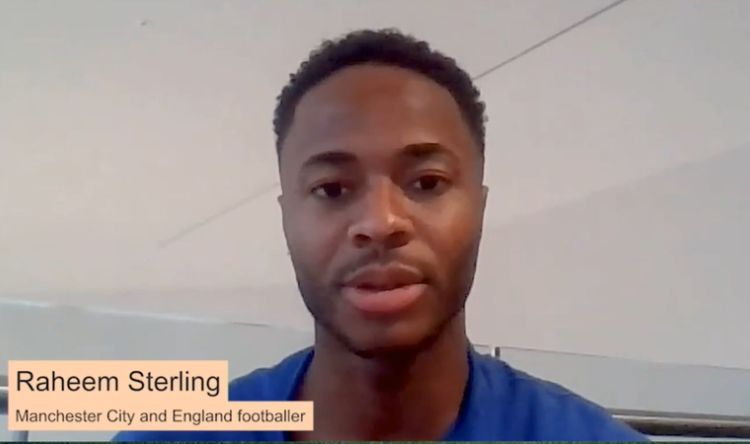 Manchester City forward Raheem Sterling has confirmed he’d be open to sealing a transfer away from the Etihad Stadium if it meant getting more playing time.

The England international has been strongly linked with Barcelona for some time now, with Sport recently claiming that he was keen on the idea of a move to the Nou Camp.

Sterling could undoubtedly make a fine signing for Barcelona during this difficult period, with the 26-year-old perhaps ideal to help them strengthen up front after the summer departure of club legend Lionel Messi.

Of course, no one will ever truly be able to replace an iconic figure like Messi, but Sterling has been a key performer for Man City and for England for many years now, and he’s rather unfortunate to have slipped down the pecking order in Pep Guardiola’s side.

Speaking at the FT Business of Sport US Summit, as quoted by the Manchester Evening News, Sterling fuelled the recent Barca links by admitting he wouldn’t rule out leaving his current club, adding that he could also be interested in playing abroad.

Raheem Sterling has opened up about his future

“I’m not a person that’s going to complain. I’ve not tried to make it a bigger deal than it actually is,” Sterling said.

“I get on with my work, do what I need to do. And I’m just raring to go — playing football matches regularly, score goals regularly.”

He added: “If I want my happiness at a certain level I need to be playing football. I need to be scoring goals and enjoying myself.

“If there was the opportunity to go somewhere else for more game time I would be open to it at this moment in time.

“As I said, football is the most important thing to me — challenges that I have set myself from a young age and dreams as well.

“As an English player all I know is the Premier League and I’ve always thought you know maybe one day I’d love to play abroad to see how I would come up against that challenge.”

It would be interesting to see what kind of impact Sterling could make at a club like Barcelona, but one imagines he has the qualities to perform as well in La Liga as he has in the Premier League.

Sterling has scored 115 goals inn 302 games in all competitions for City, so perhaps Guardiola should think twice about the way he’s handling this situation and make the former Liverpool man a bigger part of his plans again.

One thing that could work in Sterling’s favour at the moment is the injury to Ferran Torres, as reported by Marca, which could mean that there’ll be more opportunities to get games up front for a few weeks at least.