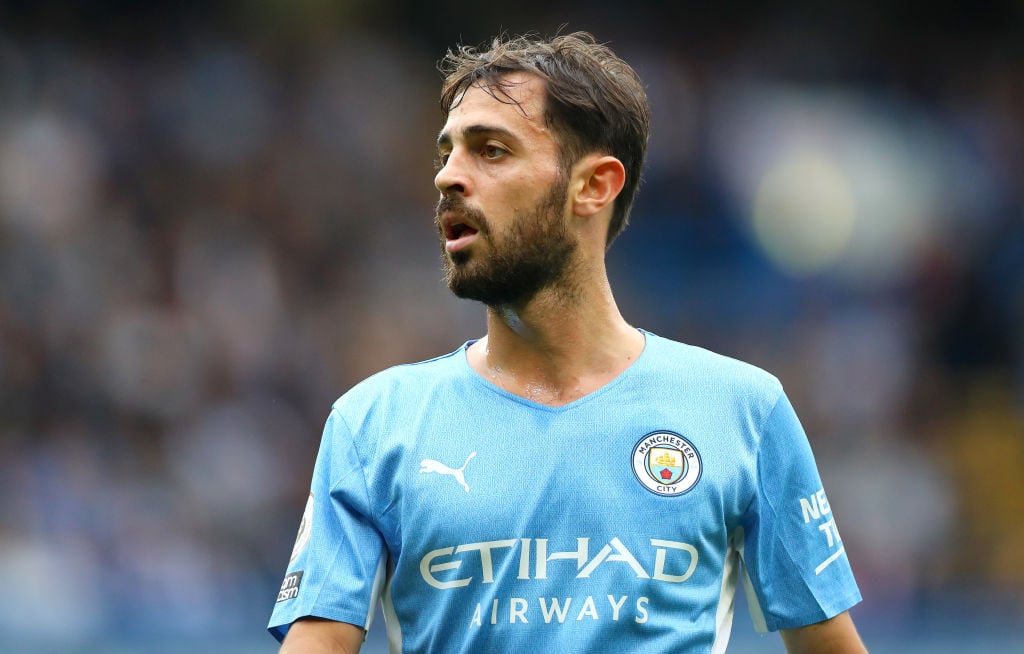 Manchester City’s Bernardo Silva has stated that Diogo Jota is ‘doing very well’ at Liverpool, as he told Sky Sports.

Both are familiar with one another because they stand side-by-side on the international stage, but when it comes to Liverpool and Man City, then they are enemies during those 90 minutes.

Whilst a certain Cristiano Ronaldo may hold the crown for being the best Portuguese player in the Premier League.

Well, during the past few years, both Silva and Jota have been up there, especially the Man City playmaker, who has won it all, apart from the Champions League.

Either way, Silva spoke highly about his ‘friend’ Jota and rise of players from Portugal in England’s top-flight.

“He’s a nice guy,” said Silva. “He’s a friend of mine. Both Portuguese, we know each other very well. And it’s nice to play against him.

“When I first arrived in the Premier League, we didn’t have a lot of Portuguese players. Now we have plenty. It’s really nice to see our players at a very good level.

“Jota at Liverpool is looking good. I am happy for him. He is doing very well. And it’s always nice to see the guys on the pitch.”

It seems as though Jota is now part of Liverpool’s first-choice front three, alongside the usual duo Sadio Mane and Mo Salah.

The £41 million Liverpool player (BBC Sport) was a standout performer during his debut campaign on Merseyside, including showcasing his deadly goalscoring touch in front of goal.

Previously, many back-up Liverpool players, from Divock Origi to Xherdan Shaqiri, have struggled to make that impact with the limited time they were or have been given.

But that wasn’t the case for Jota, who at one point, couldn’t stop scoring every time he was given a chance.

In other news, 'They're close': Bamford names the three youngsters who are very close to starting for Leeds now