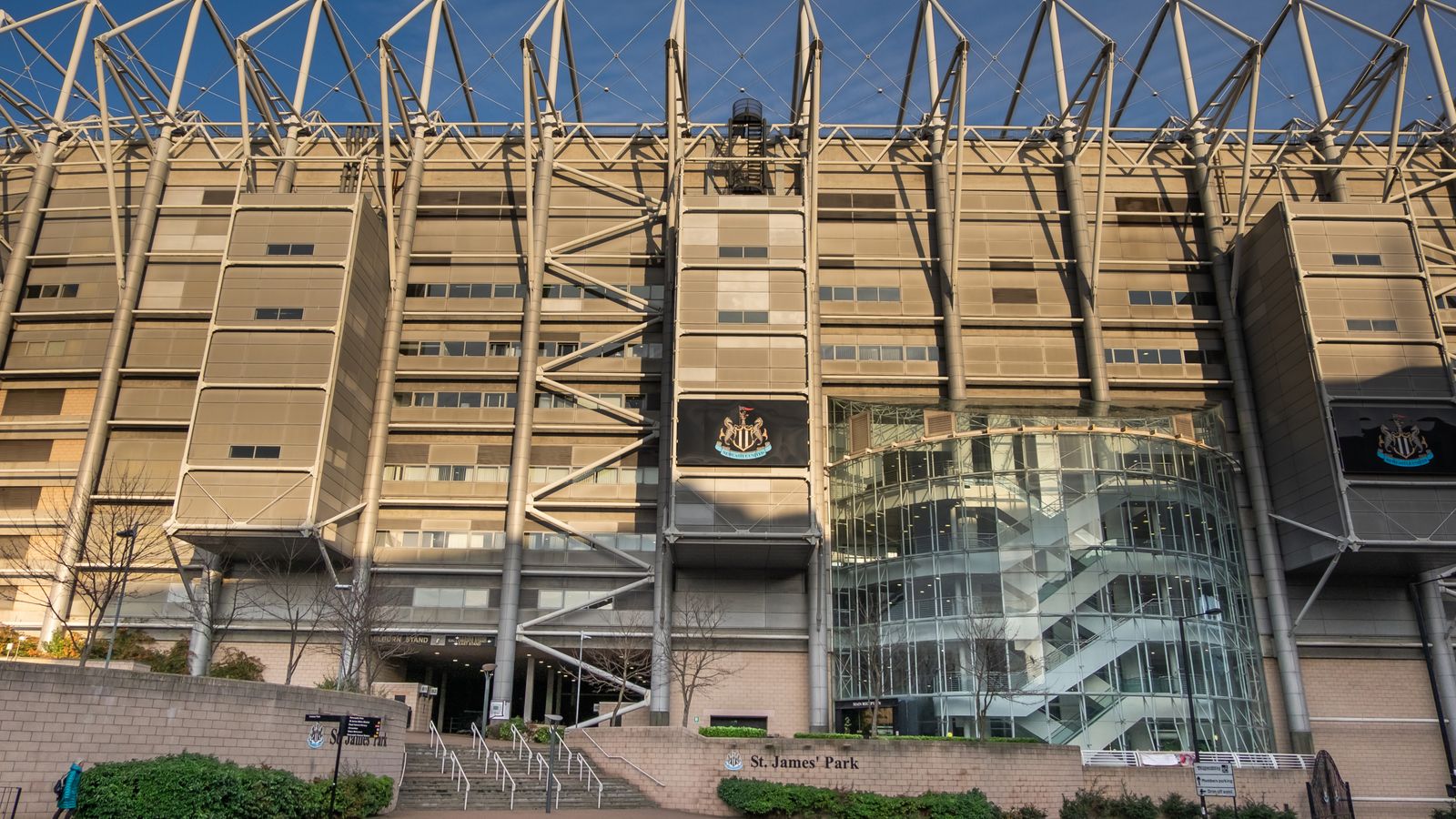 While there has been heavy speculation around transfer spending, what else will the new Newcastle owners look to improve?

The appointment of a new sporting director is high on the agenda for Amanda Staveley and her fellow directors - and Luis Campos is one of several names under consideration.

Newcastle have trained at Darsley Park since 2003, but Staveley has said the facilities are "really awful" and must be improved, and that St James' Park "needs a little bit of love."

"There's no point having fantastic players if there's nowhere suitable for them to train," Staveley also said.

Image: Newcastle have trained at Darsley Park since 2003, but Staveley has said the facilities are "really awful"

"In terms of FFP, the club is in a good position because they haven't spent much money in recent years, which increased the amount the new owners can spend, because Mike Ashley has been so prudent.

"But what isn't so attractive is the condition of the club: the stadium certainly needs work done to it and a lick of paint, and the consortium are well aware of that.

"Amanda Staveley described the training ground as 'awful' last week, so that's something she'll want to either completely start again, or refurbish, but I'd imagine they'd want to rip it up and start again.

"They don't own the land the training ground is on, so I'd imagine they might build an entirely new training ground elsewhere, similar to what we saw at Leicester, where they built theirs at a local golf course.

"And they obviously want to invest in the city. Newcastle's stadium sits right in the heart of the city centre, amongst the bars and restaurants and nightlife, unlike many stadiums these days.

"So they want to improve the surrounding area, like we've seen at Manchester City, to bring it up to that standard.

"So they basically want to invest at every level of the club to make Newcastle a superpower, like we see from Man City, Man Utd, Chelsea, and others."

"It's not just a case of coming in and throwing money at the playing squad, they know this is a huge project and they want to bring Newcastle up to that level.

"They are also aware that if they have more money to play with for signings, they know they have to increase the revenue into the club. That will allow them to spend more in the next few transfer windows.

"I think that can be easily achieved here, because the club has been run so prudently for the last 14 years by Mike Ashley.

"Their aim is to be up there, challenging, and hopefully winning the Premier League within five or 10 years.

Image: Newcastle's owners will also want to improve the surrounding areas of the city

"There's a lot of work to be done - this is a squad with a relegation battle on their hands, in the bottom three, have two-and-a-half months to get through without signing any players. I think they'd look at Man City as a good model.

"I know Newcastle fans will be desperate for instant success, but I don't think it's as simple as that. The owners want to do it gradually, do it properly, and want to make sure they make the right decisions for the club and city.

"But at least fans know they'll be competitive, because under Mike Ashley, they've never been competitive, they've just existed in the Premier League."

The problems on the pitch for Newcastle

Newcastle have the worst defensive stats in the Premier League this season, while they've proven to be overly-dependent on Callum Wilson and Allan Saint-Maximin.

We examine the stats to see the challenge facing the new owners and their ambitions of delivering success...

The end of the Mike Ashley era brought celebrations and controversy in equal measure as Newcastle's new owners targeted trophies, so can they emulate Manchester City?