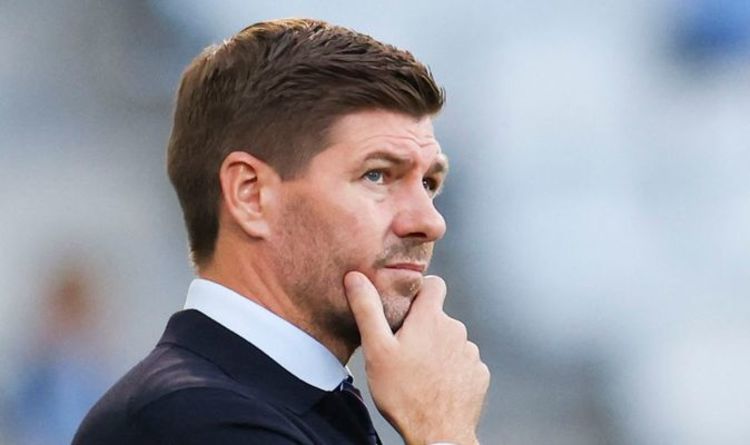 Rangers boss Steven Gerrard will not be tempted by the opportunity to manage in the Premier League with Newcastle United, according to Alex McLeish. The Magpies have been linked with a number of potential candidates to replace Steve Bruce at the helm, including Leicester City boss Brendan Rodgers, since the completion of their Saudi-led takeover last week.

Bruce has endured a turbulent period in charge of Newcastle since taking over at St James' Park back in 2019.

His appointment was immediately unpopular with a portion of the club's fanbase and their lack of on-pitch progress under his stewardship has done little to fight his case.

The 60-year-old is widely expected to be sacked by Newcastle's new owners, although he looks set to remain in the dugout for Saturday's clash against Tottenham.

The likes of Rodgers, Lucien Favre and even Antonio Conte have been linked with the Magpies as of late, while Gerrard is another name to have been mentioned in connection with the role.

He has enjoyed a successful spell in charge of Rangers, who remained unbeaten throughout the entire Scottish Premiership season last time around to pip Celtic at the top of the pile.

Gerrard has been linked with the potential vacancy at Newcastle (Image: GETTY)

However, McLeish has suggested that Gerrard is unlikely to entertain any advances from Newcastle in order to stay and fine-tune his managerial craft in Glasgow.

"I don’t believe he would be tempted," McLeish told Football Insider.

"Let’s face it, the guys don’t need the money, it’s not about that. Young guys in their 20s, they’re possibly leaving clubs to get better wages.

"Managers, by and large, and where Stevie’s been as a player for many years, he can take his time.

Eden Hazard's declaration of love for Chelsea amid reunion links

Newcastle told Jose Mourinho is only option for 'instant success'

"He can have the status of a really top manager by perhaps staying at Rangers another couple of years, winning more trophies."I would feel he wouldn’t take the Newcastle job."It seems as though Newcastle will be forced to look elsewhere in their search for a new manager, with Rodgers already said to be out of the running.Reports earlier this week claimed that he was being targeted by the club's new owners, who would be willing to pay in excess of £15million to buy out his Leicester contract.

However, he has no interest in taking the Newcastle job as he is holding out to replace Pep Guardiola at Manchester City in 18 months' time, according to the Daily Mail.

Newcastle have plenty of cash to blow in future transfer windows (Image: EXPRESS)

Former Chelsea boss Frank Lampard has also been linked with the potential vacancy on Tyneside, but ex-Crystal Palace owner Simon Jordan recently suggested that he is nowhere near ready for the heat of a Premier League relegation dogfight.

"That would be the end of his managerial career, I think, if he took that particular challenge on," Jordan told talkSPORT.

"I don’t think he’s ready for it, or the expectation, or the fact he’s working with the blind leading the blind."These guys [Newcastle’s owners], with respect, are going to find some real challenges. The agents must be sitting there with their eyes spinning about the opportunity that’s going to come their way.

"If I was weighing it on a probability, I would suggest Steve will be on the sidelines on Saturday, but football moves quickly."