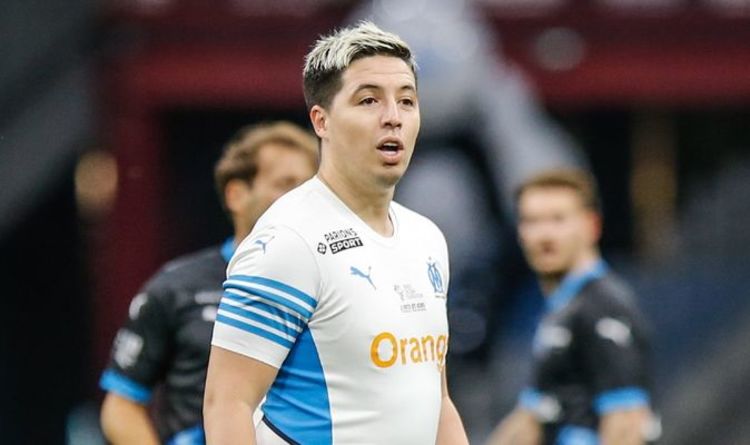 Former Arsenal and Manchester City midfielder Samir Nasri has been the target of cruel abuse on social media over his body image. On Wednesday, Nasri cut a larger figure than in his playing days as he featured in a 'Legends of Marseille' team against a UNICEF side in a charity match at the Stade Velodrome.

In the late 2000s and early 2010s, the 34-year-old was widely considered as one of the most talented midfielders in Europe.

He shone at Arsenal from 2008 to 2011 before moving to Man City and winning two Premier League titles, one League Cup and one Community Shield.

Nasri, who announced his career was over a month ago, graduated from Marseille's Academy and wore the shirt again this week as he teamed up with the likes of Didier Drogba and Robert Pires.

But many were quick to notice that Nasri had appeared to gain some weight in retirement, harshly poking fun at the playmaker.

Samir Nasri featured in a 'Legends of Marseille' team on Wednesday. (Image: GETTY)

Many jumped on the bandwagon, commenting on Nasri's appearance and how shocked they were to see how far he had 'fell off'.

But big Twitter accounts were quick to call out those joking about the ex-Premier League star, including presenter Kyle Walker with a strong message.

He tweeted: "To all the big social media pages posting the picture of Samir Nasri, stop. You know what you're doing, and it's disgusting!

"Don't be using that to gain likes and comments on one hand and then be posting about how important people's mental health is on the other."