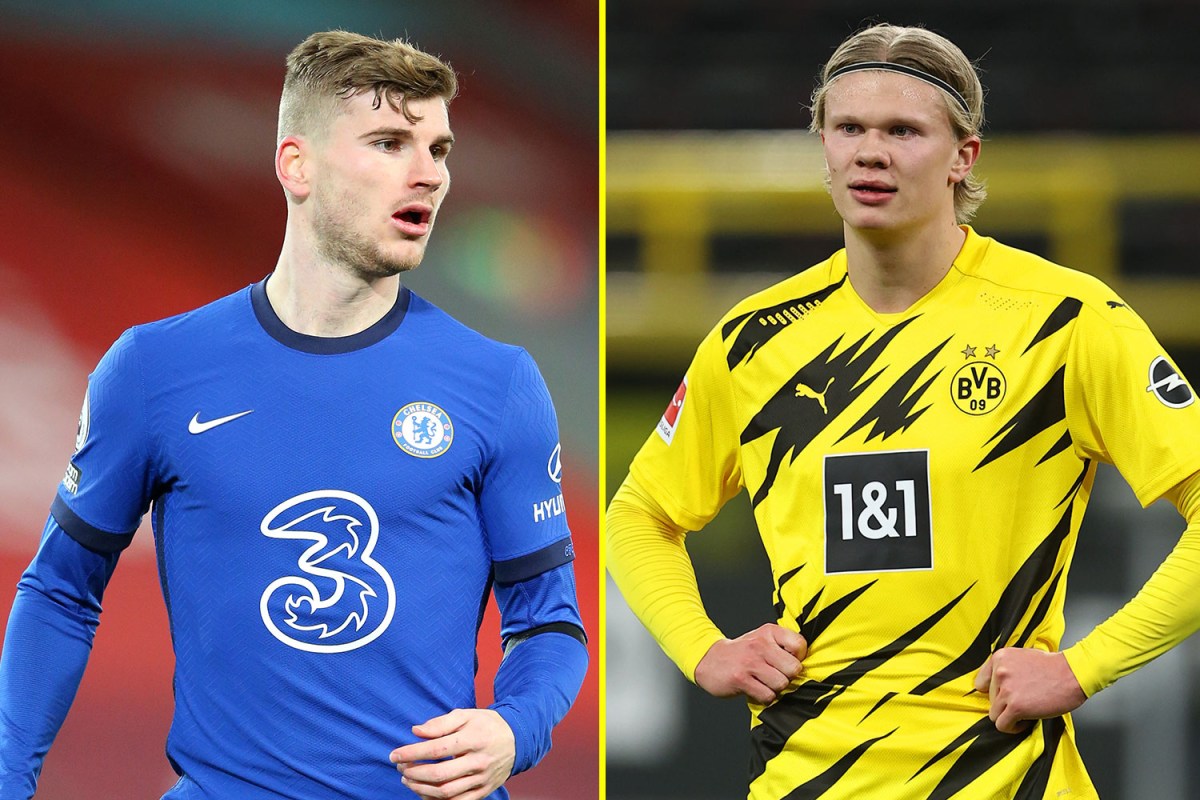 The Premier League season may only be in October but that doesn’t mean that clubs aren’t planning their transfer dealings for the window ahead.

It’s just over two and a half months until the January market opens for business and with teams reflecting on how they’ve started the campaign, it appears that a number of incomings and outgoings are already in the pipeline.

Players will also be taking stock of their situations at present with a lack of gametime or an upturn in form perhaps leading them to contact their agents ahead of a potential move.

German newspaper Bild claims the Magpies are ‘in regular contact’ with the striker’s agent as they prepare to splash the cash this winter.

Newcastle have been linked with numeropus players since their £300million takeover was confirmed and report in Werner‘s homeland suggest the former Leipzig man might be top of the new owners’ wishlist.

The 25-year-old joined Chelsea in a £48million deal in June 2020 but has failed to set the world alight in the Premier League with the Blues splashing a club-record £97.5m on Romelu Lukaku this summer.

And Newcastle chiefs may hope Werner could be tempted to come and be their new main man instead.

Werner has also had a staggering 16 goals disallowed at Chelsea

The Argentine striker has been touted as a possible target after his game-time at PSG was cut short by their summer move for Lionel Messi.

However, according to Gabriele Giuffrida – the agent who helped orchestrate Icardi’s transfer from Inter Milan to Paris – the star’s wife Wanda Nara has no desire to leave the French capital.

Giuffrida told Gazzetta: “Leaving Paris is not in Mauro and Wanda’s plans, it’s the last thing they want.

Mauro Icardi is not interested in moving to Newcastle

Mino Raiola is expected to hold talks with Manchester City regarding a move for the Borussia Dortmund striker.

The 21-year-old is widely expected to leave the German club next summer with all of Europe’s top clubs expected to be in the race to sign the player.

Pep Guardiola’s side are one of those in the hunt and according to the Times, talks could begin as early as January over a potential move.

Haaland has been sensational ever since he stepped foot at Dortmund

The Manchester City forward wants to get clarity on his future at the club before resuming contract talks, according to The Sun.

Sterling has 20 months remaining on his contract and after falling out of favour under Pep Guardiola he has since been linked with a move to the likes of Barcelona.

While time is running out on his deal it seems that the England international will bide his time before deciding what his next step will be.

Raheem Sterling is a player with real questions around his future

Liverpool are open to the prospect of selling the midfielder, but only for the right price.

Arsenal have been credited with an interest in Oxlade-Chamberlain who has found first team opportunities hard to come by under Jurgen Klopp.

With the Gunners keen on a reunion the Mirror claim that a deal is a possibility.

Newcastle are plotting a move for the Arsenal striker, according to Spanish publication Fichajes.

The Magpies are looking for a flagship signing and believe that the Frenchman could be just the answer as they look for someone with global pedigree to lead their line.

Lacazette is out of contract next summer and according to Football London, the 30-year-old has no intention of penning a new deal at the Emirates Stadium.

The Belgian winger has been linked with a sensational return to Stamford Bridge according to reports in Spain.

It’s claimed that Chelsea have held informal talks with Real Madrid over a potential move for the star who spent seven years in West London until 2019.

However the report claims that the Spanish giants would only consider a deal if it involved Reece James going to the Bernabeu.

Eden Hazard has been linked with a move back to Chelsea

Manchester United are considering a move to sign the Leicester City midfielder.

Ole Gunnar Solskjaer is determined to strengthen his midfield option with uncertainty surrounding the future of Paul Pogba who is out of contract next summer.

According to Fichajes, the 24-year-old has been a long-term target for the Red Devils who could finally make their move.

Liverpool are looking to capitalise on Barcelona’s ongoing financial woe with a move for the midfielder.

Dembele is facing an uncertain future with his contract expiring at the end of the season, meaning that he can sign a pre-contract agreement outside of Spain from January 1.

However with the 24-year-old struggling with a knee injury it means that Jurgen Klopp’s side may want to bide their time in making a move.