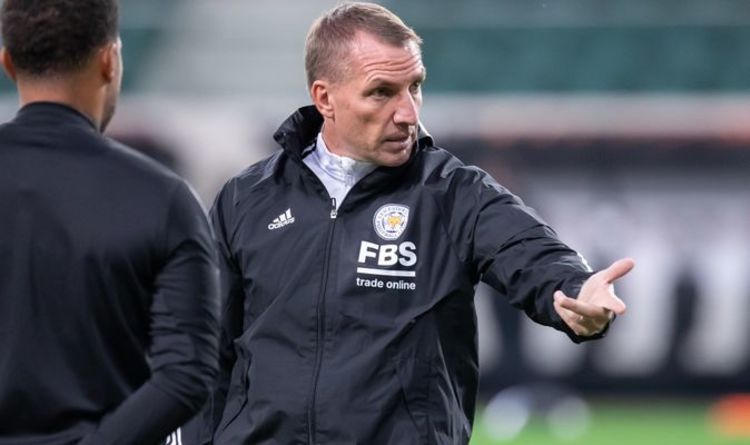 Brendan Rodgers will reportedly reject any offer to be Newcastle United's next manager - as Manchester City are eyeing him as a potential successor to Pep Guardiola. Leicester City boss Rodgers has been linked with the Newcastle hotseat amid reports Steve Bruce will be sacked following the Premier League club's £305million takeover by a Saudi-backed consortium.

Bruce is under pressure ahead of Newcastle's return to action against Tottenham this Sunday, with his side 19th in the table going into the St James' Park clash.

The manager was expected to face the sack this week after Mike Ashley sold the club last week to a consortium led by Saudi Arabia's Public Investment Fund, but so far no move has been made.

Last week's sale of the club means Newcastle now have the wealthiest owners in the Premier League, and they have been linked with a host of top coaches including ex-Liverpool boss Rodgers and former Chelsea, Juventus and Inter Milan manager Antonio Conte.

But Rodgers would resist any approach as he eyes the prospect of replacing Guardiola at the end of next season, according to the Daily Mail.

The publication says Rodgers will be in the frame to replace Guardiola when the Catalan coach's contract expires in 2023, having previously been wanted by City.

Rodgers has led Leicester to successive fifth-placed finishes and last season's FA Cup triumph, but it is said he has some concerns with some of the decisions taken at the King Power Stadium, specifically around recruitment.

His wife is also understood to be keen on returning to the North West, after Rodgers was in charge at Liverpool between 2012 and 2015.