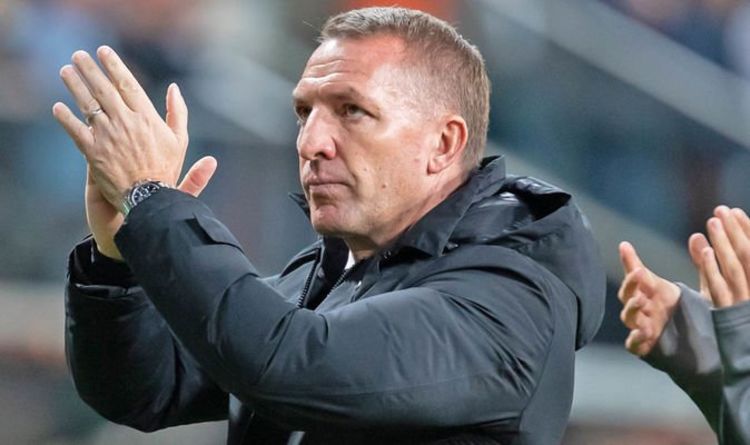 Manchester City fear a move for Brendan Rodgers could be ‘politically disruptive’ at this stage of their ownership, according to reports. The Leicester boss is being eyed to replace Pep Guardiola, who is expected to depart in 2023. And though Newcastle are interested, too, they don’t appear to be frontrunners at the current moment in time.

Rodgers has enjoyed a terrific managerial career so far.

He guided Swansea to the Championships and kept them there, too, before leaving for Liverpool in 2012.

Rodgers came close to winning the Premier League title two years later, only for City to beat his Reds team to the prize on the final day of the campaign.

When he left Liverpool in 2015, he proceeded to join Celtic - where he won every domestic treble during a two-and-a-half-year spell.

And he’s been at Leicester ever since 2019, guiding them to Community Shield and FA Cup triumphs over the past 12 months.

Now, however, the Daily Mail say City are eyeing him as a potential replacement for Guardiola.

“After seven years on this team, I think I’m going to have a stop.

“I’m going to have to take a break, see what we’ve done.

“And in the process, I would like to train a South American [team], European [national side], playing a Copa America – I want to have that experience.”

However, days later, he then appeared to back down.

“I didn’t say after two years I will finish my period in Manchester City,” he said.

“I can leave maybe in two months if the results are not good or if the organisation is tired of me or if I cannot handle better the players.

“What I said in my Zoom connection with the people in Brazil is after my period with Manchester City I will take a break, that is for sure.

“Right now, I don’t have reasons to leave but I am thinking in two seasons I am going to leave Manchester City.