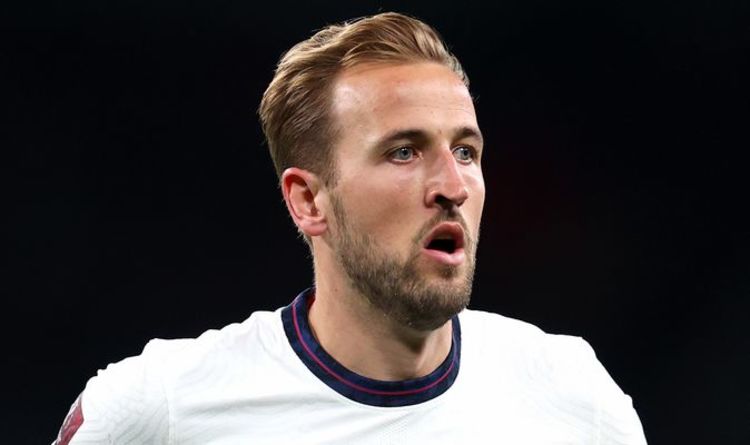 Harry Kane has declared that he is 'clear as anything' over his immediate future at Tottenham despite being linked with Manchester City and Newcastle United ahead of the January transfer window. The 28-year-old has endured a lacklustre start to the new Premier League campaign with Spurs after he was denied a big-money move to City over the summer.

The striker, who remains under contract until the summer of 2024, was forced to stay in north London as a result.

He quickly re-pledged his allegiance to Spurs and has featured heavily under Nuno Espirito Santo this season.

However, he is yet to score or provide an assist in the Premier League and produced a sub-par showing for England in Tuesday's draw with Hungary at Wembley.

The uncertainty over Kane's future is yet to die down in spite of his failed summer exit, with City tipped to go back in for his services next year.

Kane has struggled in front of goal so far this season (Image: GETTY)

Newcastle have also been credited with a surprise interest in the England skipper after their controversial Saudi-led takeover was finally completed last week.

However, it seems as though Kane is resigned to staying at Spurs for the foreseeable future, admitting after Tuesday's match that he is not concerning himself with any speculation.

"I'm as clear as anything," he told ITV Sport. "Obviously a lot of noise around me when you’re a high level sportsman, sometimes that’s the case.

"It's about how you deal with that. I've got good people around me, good friends and family, good teammates, good coaches.

Liverpool's patched-up XI if Klopp without five players vs Watford

"So, yeah every time I step on the field, I give it 110 per cent for club and country.

"Like I said, performances for club and country maybe just haven’t been there for the past few weeks but like I said, there’s no need to panic.

It remains to be seen whether Kane will be able to recapture his usual form over the coming weeks as Spurs go in search of a renewed assault on the Premier League's upper reaches.

They will face Newcastle on Sunday in their first outing after the international break in front of a buoyant sell-out crowd at St James' Park.

Kane is yet to score in the Premier League for Spurs this season (Image: EXPRESS)

Meanwhile, former Premier League striker Frank McAvennie recently urged Spurs to cash in on Kane in January, suggesting that he is unhappy at the club behind closed doors in spite of his professionalism when faced with questions over his future.

"I knew this would happen, he doesn’t want to be there," McAvennie told Football Insider.

"Listen, the boy is as honest as the day is long and he is trying. This isn’t down to lack of effort."When you are disgusted with your chairman, there is only one way that will go. They must have had talks about it, surely. Kane will still want to leave.

"I would let him go in January. He should have gone [in the summer] and they should have given Nuno the money to rebuild."