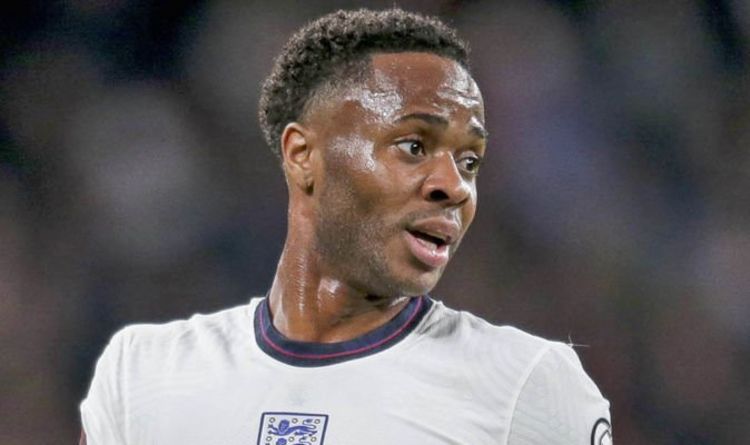 Manchester City don’t want to sell Raheem Sterling and would prefer for him to sign a new contract at the Etihad Stadium, according to reports. Barcelona have been linked following the departure of Lionel Messi. And so too have Newcastle, now they’re one of the richest clubs in world football.

Sterling joined Manchester City back in the summer transfer window of 2015, leaving Liverpool behind in the process.

And, during his time at the Etihad Stadium, he’s been successful under the tutelage of Manuel Pellegrini and Pep Guardiola respectively.

However, over the past 18 months, Sterling has struggled.

While he was outstanding for England at the European Championships, the forward has fallen down Guardiola’s pecking order.

As a result, both Barcelona and Newcastle have been strongly linked.

“All we’ve ever wanted is to be able to compete and challenge, we’ve never promised that we want to win every trophy going, but we want to have a little bit of respect and the fans haven’t had that, it’s been a long long time since the fans had any respect from the ownership.

“I would move him [Steve Bruce] on, I think it’s come to an end, the trust and the fans showed that with their voting.

“At the moment [Antonio] Conte is out there, you’ve got someone who has won in numerous leagues.

“You’ve got to strike while the iron’s hot, you’ve got to look, [Raheem] Sterling, not happy, not playing at Man City, come and join us.”

Sterling started for England against Hungary on Tuesday night.

But the Three Lions were disappointing and couldn’t win, instead leaving Wembley with a 1-1 draw.