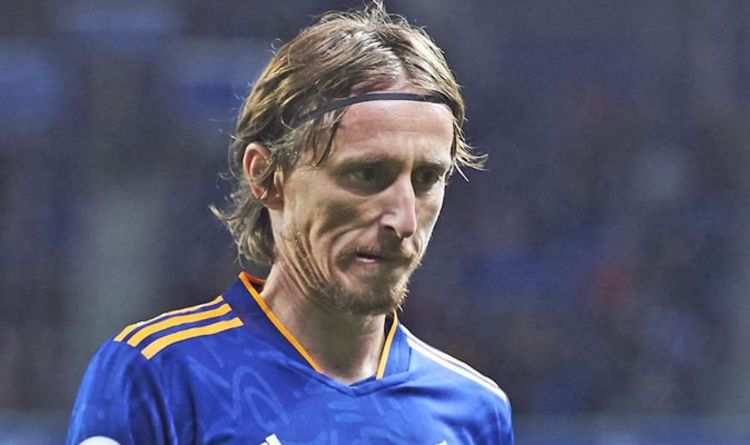 Manchester United will be interested in signing Luka Modric should the veteran leave Real Madrid, Paul Robinson believes. The Croatia international has been at the Bernabeu ever since 2012. But, with his contract winding down, a move elsewhere could be on the cards.

They’ve still got Paul Pogba and Donny van de Beek, despite the pair regularly being linked with moves away from Old Trafford over the past year.

And they’ve also got Nemanja Matic, Fred, Scott McTominay and Bruno Fernandes at their disposal, too.

However, former Leeds and Tottenham goalkeeper Robinson thinks United will be in the mix to sign Modric should he leave Real Madrid at the end of the campaign.

The veteran has less than a year left on his contract over in Spain and has been targeted by United in the past.

And Robinson, speaking to Football Insider, said: “I think any of the top six clubs would be interested in signing Luka Modric, including Man United.

And, just this summer, the Red Devils brought Cristiano Ronaldo back 12 years after he’d left for Real Madrid.

Meanwhile, Riccardo Pecini was the person who discovered Modric while he was playing for Zrinjski Mostar, on loan from Dinamo Zagreb.

Speaking recently to Goal, he opened up on how the midfielder left him impressed and how his move to Tottenham then later came about.

"I think that the model that we put in place and developed at Tottenham allowed us to bring in players like (Luka) Modric and (Dimitar) Berbatov because we were all working in perfect harmony,” he said.

He added: "When I saw him for the first time, he was playing in Bosnia (on loan to Zrinjski Mostar in 2003-04) and I remained in a state of shock because he was just a baby, less than half the age of the other players.

“He had an extraordinary talent, though.

"Then, we scouted him for two years and the more he grew, the easier it became for him to play in a league where it wasn't easy for young kids, physically.

"From there, he became an international and we followed his journey and his development closely, but, from the first day I watched him play, I was convinced that I had seen a champion.

"Damien came with me to see him four or five times. We spoke with the boy.

“Then, at the moment it came to make a decision, (Spurs chairman) Daniel Levy and Damien did very well to convince Dinamo to give him to us because, as a client, they weren't easy [to deal with]."