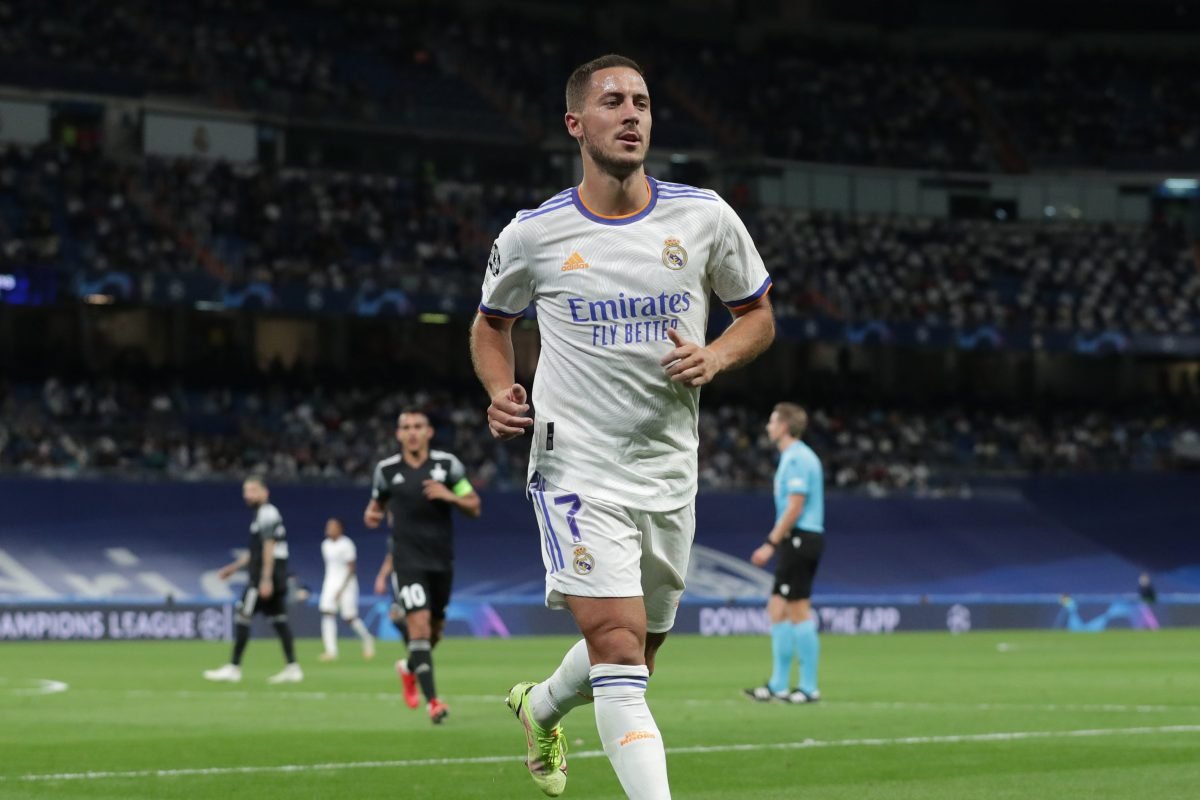 The 30-year-old has endured a torrid time in Madrid following a remarkable switch from Chelsea that could have risen to an eye-widening £150million (BBC).

However, injuries, form and a lack of fitness have led to the Belgian directly contributing to 14 goals in 54 outings for Los Blancos.

According to a report from The Sunday Mirror (05/12, p70), as cited by the Daily Express and Football For All on Twitter, the Hammers are keen on bringing the winger back to England.

The report claims that Everton are also interested in the 116-cap star with Real Madrid ‘ready to accept £21million’ for their misfiring flop.

So far this season Hazard – once hailed as the ‘best player in the Premier League’ by Jamie Carragher – has provided one assist in 11 appearances for Carlo Ancelotti’s side.

Valued at £22.5million and under contract in Spain until 2024 (Transfermarkt), the mooted £21million fee for the ex-Chelsea man represents superb value for money.

But, believed to be earning in excess of £380,000 per week (SalarySport), the Irons would likely be reticent to go anywhere close to those figures.

Boasting an illustrious career and a sublime track record, signing Hazard would still remain a high-profile capture with benefits to David Moyes’ squad.

Whether the ac would be happy to play a bit-part role alongside Pablo Fornals and Said Benrahma is up for debate.