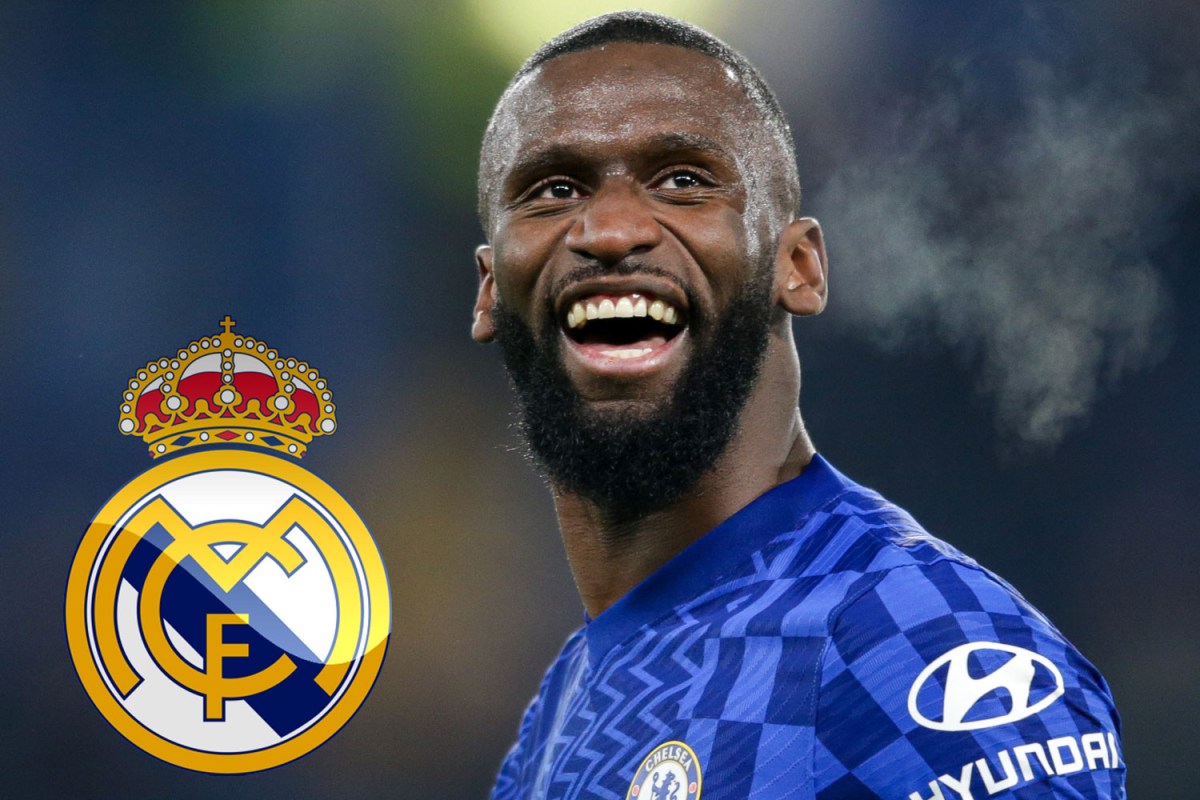 REAL MADRID are reportedly confident Antonio Rudiger will be lining up for them next season after he allegedly snubbed an extension at Chelsea.

The German international defender, 28, will become a free agent at Stamford Bridge in June.

Chelsea face losing Antonio Rudiger for nothing at the end of the seasonCredit: Reuters

Real Madrid are confident of bringing the centre-back to the BernabeuCredit: Getty

A host of Europe’s big guns are chasing the star while the Blues are keen for him to remain in West London.

However, Goal states that Rudiger ‘is not interested’ in staying at the Premier League club.

And they claim ‘Madrid are optimistic about their chances’ of signing him and ‘are prioritising a move’ for the Chelsea man in order to bolster their backline.

Thomas Tuchel has even intervened in order to try and persuade Rudiger to commit his future to Chelsea.

But this latest report is adamant that ‘the mission appears impossible’ despite their latest contract offer being worth around £7million-a-year to the former Roma and Stuttgart ace.

He is aware that he is paid less than a number of his teammates and he is allegedly looking for at least £3m added to his annual salary.

And the LaLiga giants are growing ever more confident that they will soon be able to add him to their ranks alongside the likes of Eder Militao, David Alaba and Nacho.

Meanwhile, Italian transfer expert Fabrizio Romano says Rudiger would love to stay at Stamford Bridge - although the current offer is ‘unacceptable’ to him.

Tuchel said recently: “We know that [he can speak to foreign clubs in January], of course.

“It is pretty clear what we want but it is not like this in football when the coach or club wants something and things happen.

“You have to accept that sometimes it can arrive and you end up in situations where things are in a bit of a delay and take time but I am very, very sure that Toni feels also how respected and what an important role he plays in this club.

“I’m calm because I feel Toni is calm. I feel the situation here calm inside and from here we go.”