Modric 'open to Man City deal' with Madrid star, 36, a free transfer next summer
The Sun 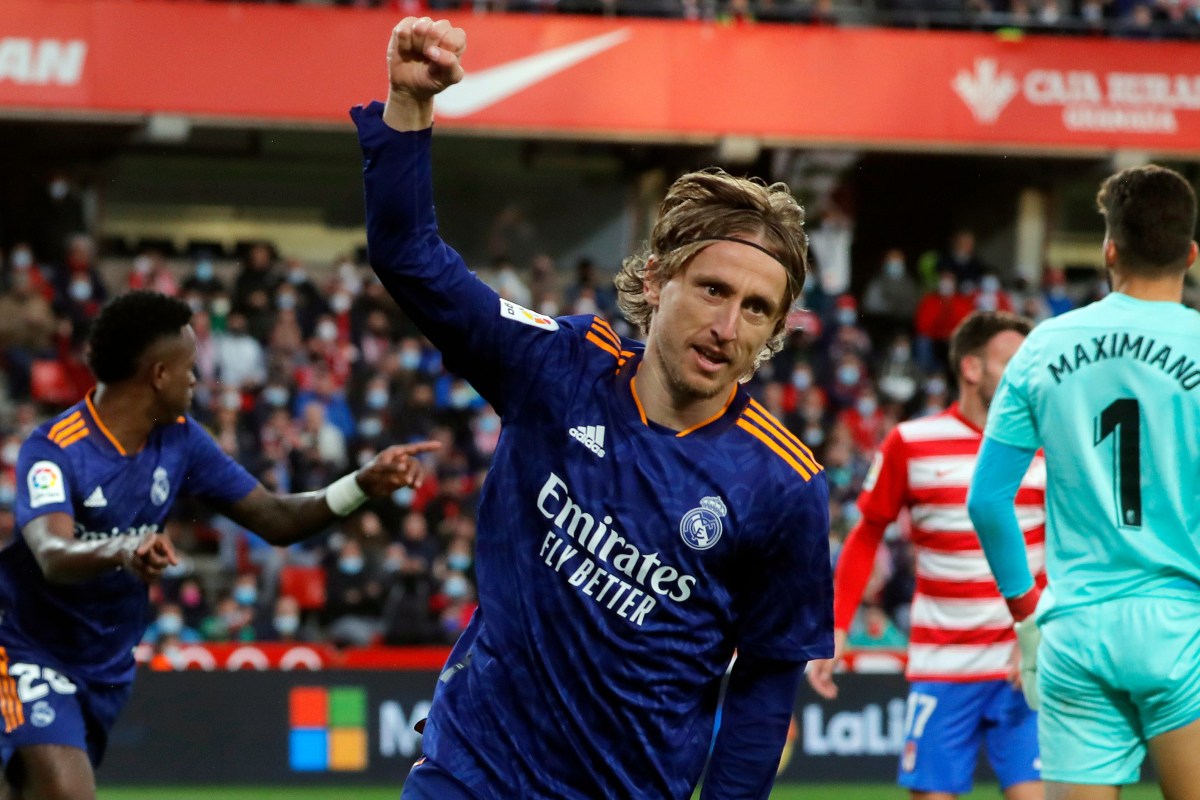 MANCHESTER CITY are reportedly plotting a swoop to bring Luka Modric back to the Premier League.

The veteran Croatian midfielder left Tottenham for Real Madrid back in 2012 but will become a free agent in June.

Luka Modric has yet to agree a new contract at Real Madrid and will become a free agent in JuneCredit: Getty

The veteran midfielder is reportedly wanted by Manchester CityCredit: Reuters

Modric, 36, is wanted by Newcastle United’s new Saudi owners but the star is ready to snub the riches on offer at St James’ Park.

According to SuperDeporte, Modric is now considering his options after talks over an extension at the Bernabeu stalled.

He is now believed to be heading to the USA - but not before a stop off in Manchester.

Modric is 'open to' following in Frank Lampard’s footsteps and have a spell at Man City before heading Stateside at New York City - a side within the Cityzens’ umbrella of clubs.

City and rivals Man United have both been linked with a new midfielder.

Leeds United’s Kalvin Phillips is another name to be linked with Pep Guardiola’s side.

The ace shone for Marcelo Bielsa’s side on their return to the Premier League last season and soon broke into Gareth Southgate’s England squad.

The 25-year-old then starred as the Three Lions made it all the way to the final of Euro 2020, eventually getting beat on penalties by Italy.

Now Guardiola is said to want him marshalling City’s midfield - although they face stiff competition for his signature.

Man United and Tottenham are both believed to be keen on the ace.

And the Red Devils are said to be ready to launch a £59m bid for Phillips.