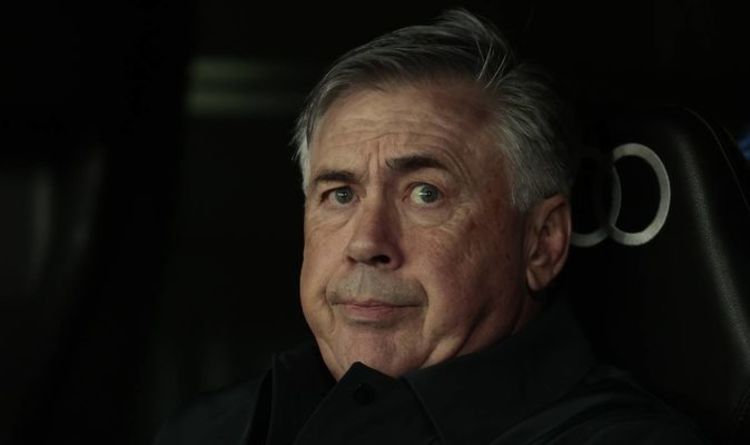 Vinicius Junior has hit a purple patch of form and is wowing crowds at Real Madrid, five months after being offered to Manchester United. Vinicius smashed in an unstoppable late winner for Real in their 2-1 victory over Sevilla on Sunday - and the strike may have prompted United to sit up and take notice.

The 21-year-old forward has been on red-hot goal scoring form for Los Blancos recently and he took that to new levels on the weekend.

Collecting the ball on the left wing in the 87th minute, the Brazilian darted inside and beat a Sevilla defender before lashing a rocket into the top corner from outside the box.

The goal was Vinicius’ 11th in 19 appearances across La Liga and Champions League so far this season.

And his impact earned huge praise from Real manager Carlo Ancelotti, whose comments may spark some regret at Old Trafford.

"He's surprising everyone now with his capacity to score," Ancelotti said.

Real will be delighted with Vinicius’ form this season, but they should also be thankful United did not take them up on their offer in July.

While negotiating the transfer of Real defender Raphael Varane, United were offered the chance to sign Vinicius as well, according to The Mirror.

The Spanish giants asked United for a fee of £68.5million for the Brazilian wonderkid, who joined Real for £40m from Flamengo when he was just 16 years old.

United ultimately passed up the opportunity, signing Varane alongside Jadon Sancho and Cristiano Ronaldo in the summer window instead.

Sancho has enjoyed a breakthrough week following his £72m move from Borussia Dortmund, scoring in the 2-0 win at Villarreal and the 1-1 draw against Chelsea on Sunday.

Ronaldo is United’s top scorer this season, with 10 goals in 16 appearances helping to pay back his £12.85m transfer fee from Juventus.

United may not have completely given up on signing Vinicius, however, with Spanish outlet El Nacional claiming they are keeping an eye on his development.

He is under contract for another three years in the Spanish capital, but Real’s long-standing interest in Mbappe, who will be a free agent in July, could still trigger an exit.