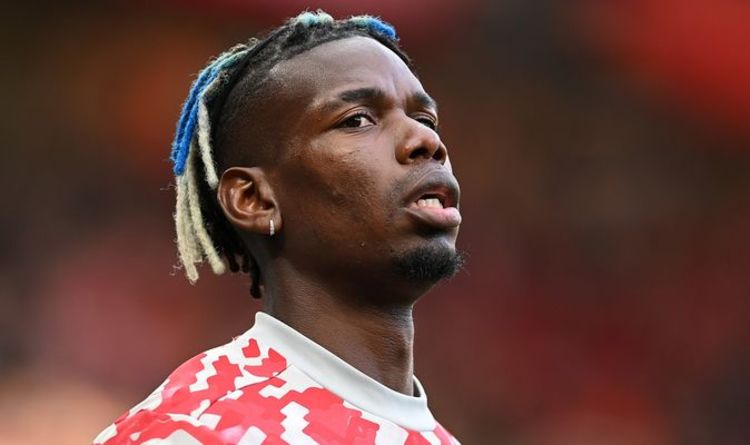 Real Madrid will have a decision to make in January over whether to sign Paul Pogba from Manchester United amid concerns that his arrival could slow the progress of Eduardo Camavinga and Federico Valverde, according to reports. The Spanish giants are believed to be weighing up a move for Pogba, who will be a free agent ahead of next season as things stand.

The 28-year-old's current deal at United is set to expire in the summer and there has been little to no progress over the possibility of an extension in recent months.Pogba is said to have been locked in talks with the club's hierarchy for some time but is yet to strike a deal to stay at Old Trafford for the foreseeable future.He will be able to negotiate a pre-contract agreement with a foreign club from January if the situation is not resolved before the turn of the year.Real Madrid are said to be among a number of clubs keen on securing Pogba's signature, with Paris Saint-Germain also believed to be keeping tabs on the midfielder.

However, it seems as though Los Blancos could soon be poised to pull the plug on their interest in a move.

Pogba is yet to commit his future to United by signing a new deal (Image: GETTY)

They are worried that Pogba's arrival in the Spanish capital would halt the developments of Camavinga and Valverde, according to Marca.The report claims that Pogba would like to join Real Madrid in order to play alongside the likes of Karim Benzema and potentially Kylian Mbappe at the Bernabeu next season.However, club chiefs may put the brakes on a move for the Frenchman in order to prevent Camavinga and Valverde from being sidelined.

The pair have been heavily involved for Real Madrid this season and look set to emerge as the club's new midfield core over the next few years.

It is also said that club chiefs are sweating over the possibility of being held to ransom by Pogba's agent, Mino Raiola, who is notoriously difficult to work with.They could be forced to reassess their plans for the January window over the coming weeks, with Chelsea defender Antonio Rudiger also believed to be a potential target.Meanwhile, former Premier League goalkeeper Paddy Kenny recently urged United to shift Pogba off their books at the earliest available opportunity.

"He’s out of contract so they will try and get something for him," Kenny told Football Insider earlier this month.

United signed Pogba for a club-record fee back in the summer of 2016 (Image: EXPRESS)

"Even if it’s £20million, that’s better than nothing, sometimes you just have to cut your losses. He doesn’t look interested in signing a new deal so let him go on his way."I’m sure he won’t be missed. He’s barely been pulling up trees since he joined Manchester United."Pogba has never done it for Manchester United in the same way he has done for France.

"If I was in charge at Old Trafford, I would be looking to sell Pogba and make as much money back as possible."