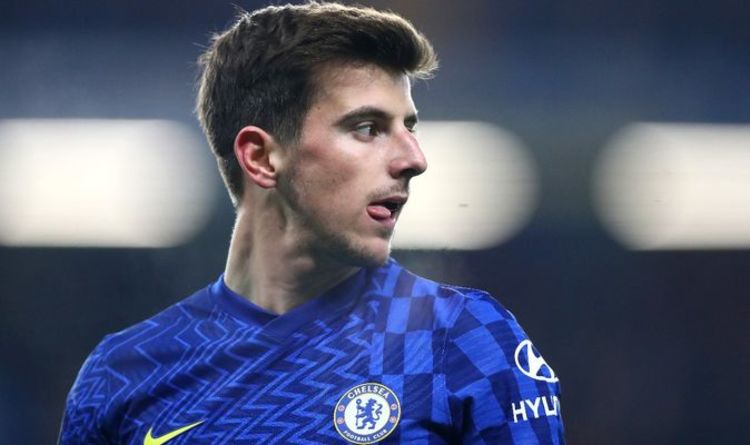 Chelsea are reportedly relaxed about Mason Mount's future despite speculation linking him with a move to either Real Madrid or Liverpool. The tenacious midfielder has been one of the Blues’ beating hearts, under both Frank Lampard and Thomas Tuchel.

Having progressed through the Blues’ development teams and impressed while on loan at Vitesse Arnhem and Derby County, Mount has become one of the reigning Champions League holders’ most important players.

Nevertheless, Mount has only started two of the last five Premier League matches he has been available for under Tuchel.

And amid the 22-year-old’s recent absence from the starting eleven, various reports claiming both Real Madrid and Liverpool were courting the Chelsea star.

However, in what will be good news for Blues’ fans, reports from ESPN have said both Chelsea and Mount are ‘relaxed’ about his current situation.

Mason Mount has recently been linked with moves away from Chelsea (Image: GETTY)

Fresh contract talks with the youngster are yet to be opened by the clubs.

In comparison with some of the new signings and other players he is competing with, Mount’s £75,000 per week wages is one of the lesser salaries amongst the Blues.

But it is understood the lack of movement on discussions is because the Blues are currently trying the thrash out new contracts for central defenders Thiago Silva, Antonio Rudiger, Andres Christensen, and Cesar Azpilicueta.

All four players could depart Stamford Bridge for nothing next summer, as their contracts all expire in June 2022.

Mount and Tuchel are said to have a very healthy relationship (Image: GETTY)