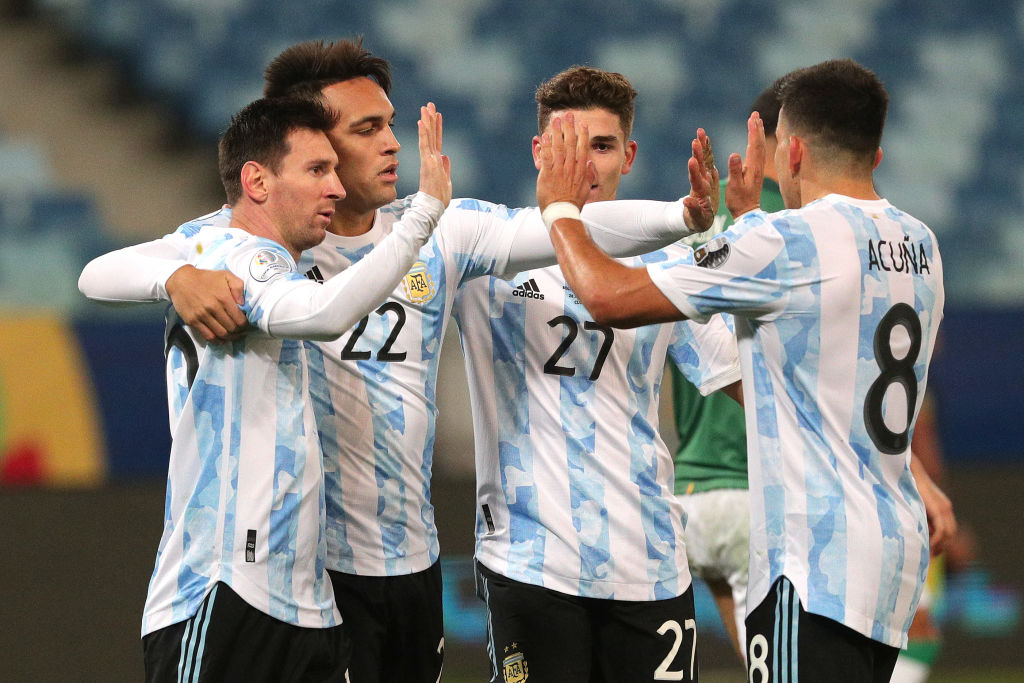 River Plate attacker Julian Alvarez is wanted by a host of clubs – and West Ham United have now joined the race to sign him.

That’s according to Argentinian newspaper El Intransigente, who claim that West Ham are now looking to bring Alvarez to England.

Add in that Calciomercato claim Aston Villa, Tottenham Hotspur, Bayer Leverkusen, Borussia Dortmund and Sevilla are keen too, and the battle for Alvarez is hugely intense.

Alvarez is currently the golden boy of football in South America. His league form this season has been ridiculous, smashing 15 goals and six assists in 16 games.

With eight goals in his last five games, Alvarez – who plays up front or out wide – looks like being a star.

Reporters in Argentina are even claiming that Alvarez is very similar to Cristiano Ronaldo in terms of his goal threat.

West Ham now want to bring the 21-year-old forward to East London, possibly following in the footsteps of Argentinian Hammers over the years like Carlos Tevez, Manuel Lanzini and Pablo Zabaleta.

Winning that race won’t be easy, but what a coup it would be if West Ham can get Alvarez in.

In other news, ‘He is rapid’: Virgil van Dijk amazed by one outfield Arsenal player