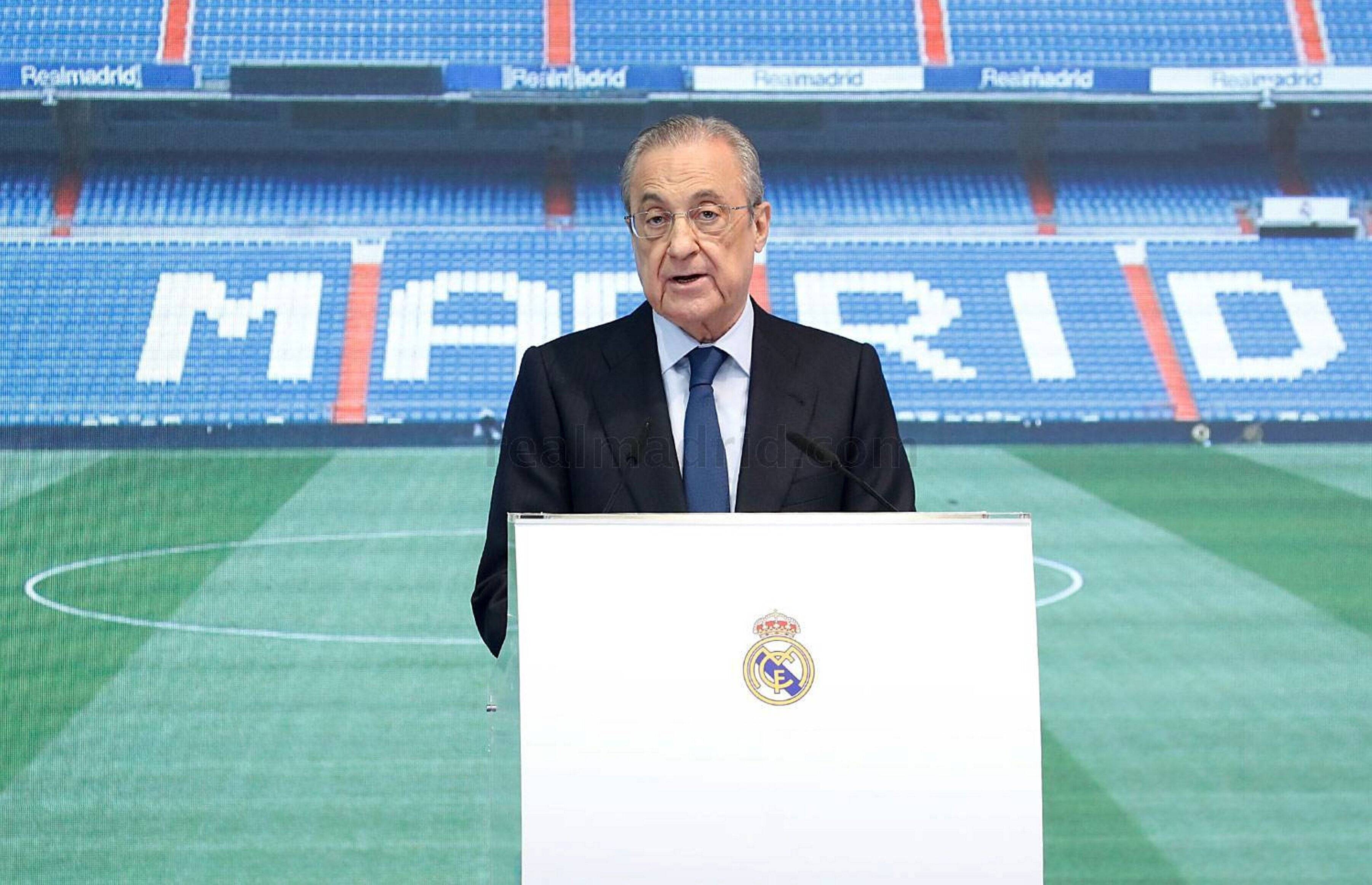 Although it’s been on the back burner for months, the idea that the Super League is going away anytime soon is a fanciful one.

In fact, if truth be told, it appears that Real Madrid, Juventus and Barcelona are simply biding their time and waiting until the right moment to kick things off again.

Certainly, discussions aren’t off the table and never have been, and even Real Madrid president, Florentino Perez, has been particularly bullish about why he believes the European Super League has to happen.

Perhaps it remains a question of when rather than if in terms of anything coming to fruition.

“It is a project that will at last implement financial controls which are strictly respected and prevent the increasing proliferation of unacceptable situations in which clubs receive indiscriminate financial support from states or other sources,” Perez told a Real Madrid general assembly meeting, cited by Sky Sports.

“This practice unbefitting of the European Union adulterates competition and drives football into financial ruin.”

Even if the Super League continues to lay dormant, there’s bound to be a time when the discussion becomes relevant.

Perhaps when Newcastle United join the likes of PSG and Man City in being able to buy just about any player and hoover up titles year after year.