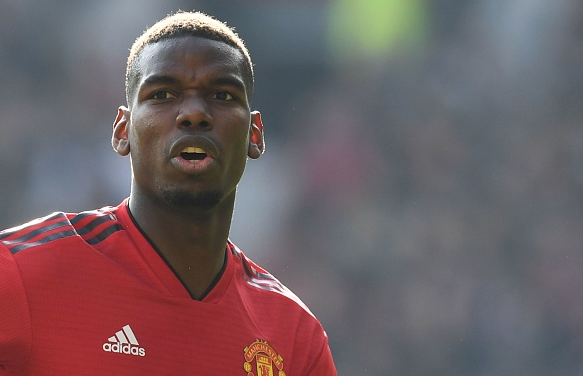 Real Madrid have pretty much ruled out a move for Manchester United’s Paul Pogba.

That’s according to Sport, who say the Spanish club ‘no long have the interest’ that they have shown since 2016.

The newspaper explains that after Manchester United started having doubts about renewing Pogba’s contract at the club, which expires in June, Real Madrid had been presented as one of the options for him.

They, though, have ruled out a move because of past episodes involving the player. They tried to sign Pogba in 2016, but he ‘ignored the efforts’ they made, with Zinedine Zidane also involved in the process.

He instead elected to return to Manchester United, and Madrid have ‘not ruled out’ signing him since then, following him with interest every year at Zidane’s behest.

But now the Frenchman has departed, there has been a change in their stance, with Pogba now taken off their ‘favourites’ list.

The club believe he is a ‘great player’ and would be an ‘important reinforcement’ for their midfield, but they are not interested in getting involved in the transfer process around the Frenchman.

Thus they have made it clear they are ‘passing on the player’ and have no intention of ‘lifting a finger’ to try and sign him, although that stance would change if he ‘facilitates’ the move.

It’s felt that could happen if Kylian Mbappé ends up at the Bernabeu as Pogba is friends with him and Karim Benzema, so would like to be a part of that trio at club level.

There’s no mention of what ‘facilitates’ entails but it’s likely Madrid would want him to significantly reduce his wages and the signing on fees the player and Mino Raiola will be demanding next summer.

Whether Pogba is willing to do that remains to be seen but Madrid won’t do anything if he doesn’t and the likelihood is he’ll go to Juventus, who Raiola has identified as the ‘best destination’ for his client.