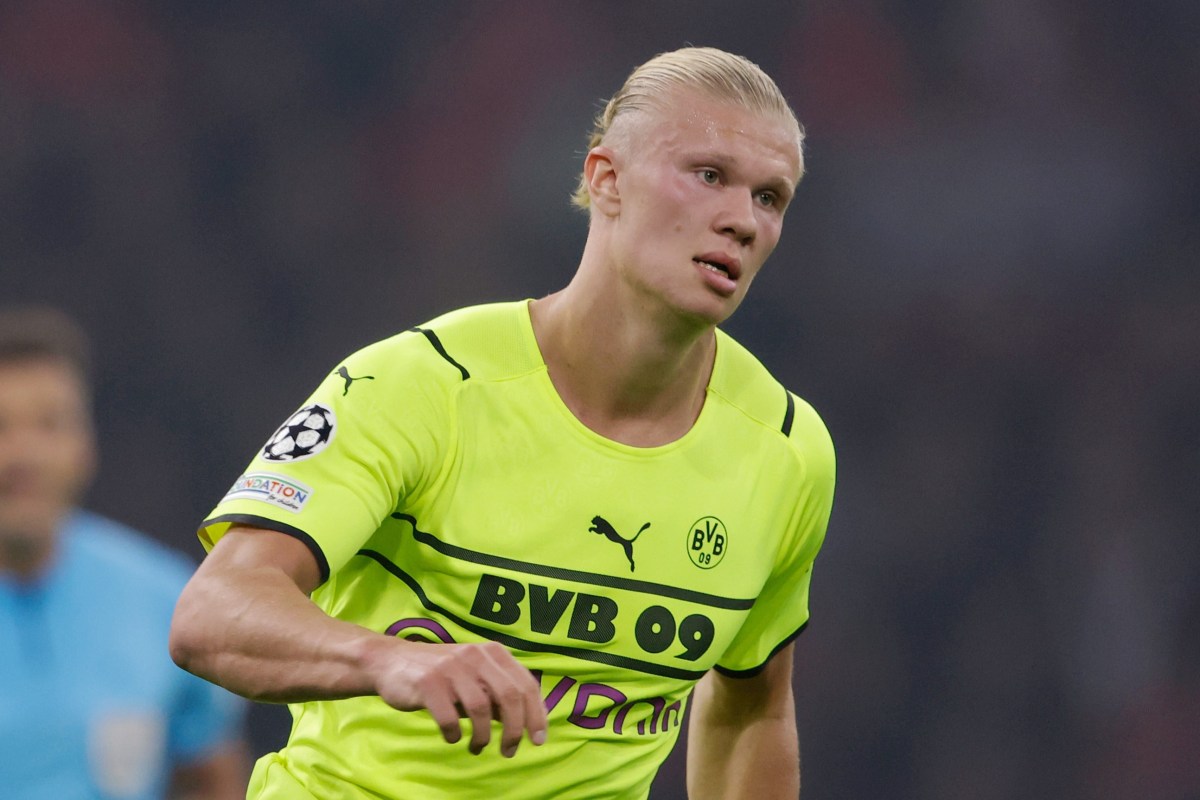 MANCHESTER UNITED and Chelsea have received a boost in their pursuit of Erling Haaland after it was reported Real Madrid have 'accepted he is going to the Premier League'.

The Spanish giants are desperate to sign the Norwegian, whose release clause enables him to leave Borussia Dortmund for £64million next summer.

Haaland is set to leave Dortmund in the summer as Europe's top clubs battle to sign himCredit: AFP

The Norwegian has established himself as one of the most prolific strikers in footballCredit: Getty

But they are now braced for disappointment with club suits believing the Dortmund sensation will sign for an English side instead.

That's according to journalist Josep Pedrerol, who said: "Real Madrid assumes that Haaland will play in England next year and they have it ruled out."

He said last month: "Which one do I choose to build a new project? I take both without a doubt.

"At Real Madrid, there are always the best players in the world. Florentino will bring them both back."

But now it appears they will have to settle for Mbappe as the focal point to their future.

The Spanish giants almost secured the World Cup winner in the summer but failed to reach an agreement with PSG before the window slammed shut.

Haaland has been linked with a number of English sides including Man Utd, Chelsea and Manchester City.

The 21-year-old has netted 13 goals in just 10 appearances for Dortmund so far this season.

That is despite the Norwegian suffering a couple of niggling injuries, the latest of which his dad Alf-Inge has revealed could keep him out until Christmas.

The Dortmund striker has been out of action since his side’s 4-0 battering by Ajax in the Champions League last month.

And Alf-Inge told Norwegian channel TV 2: “He's doing relatively well considering the situation, but he'll be out for a little while.

“It would be a bonus if he gets some games before Christmas, but it's rather unlikely.”