How good is Zidane anyway? Spanish football expert on why "polar opposite to Solskjaer" would be a success at Man United
Caught Offside 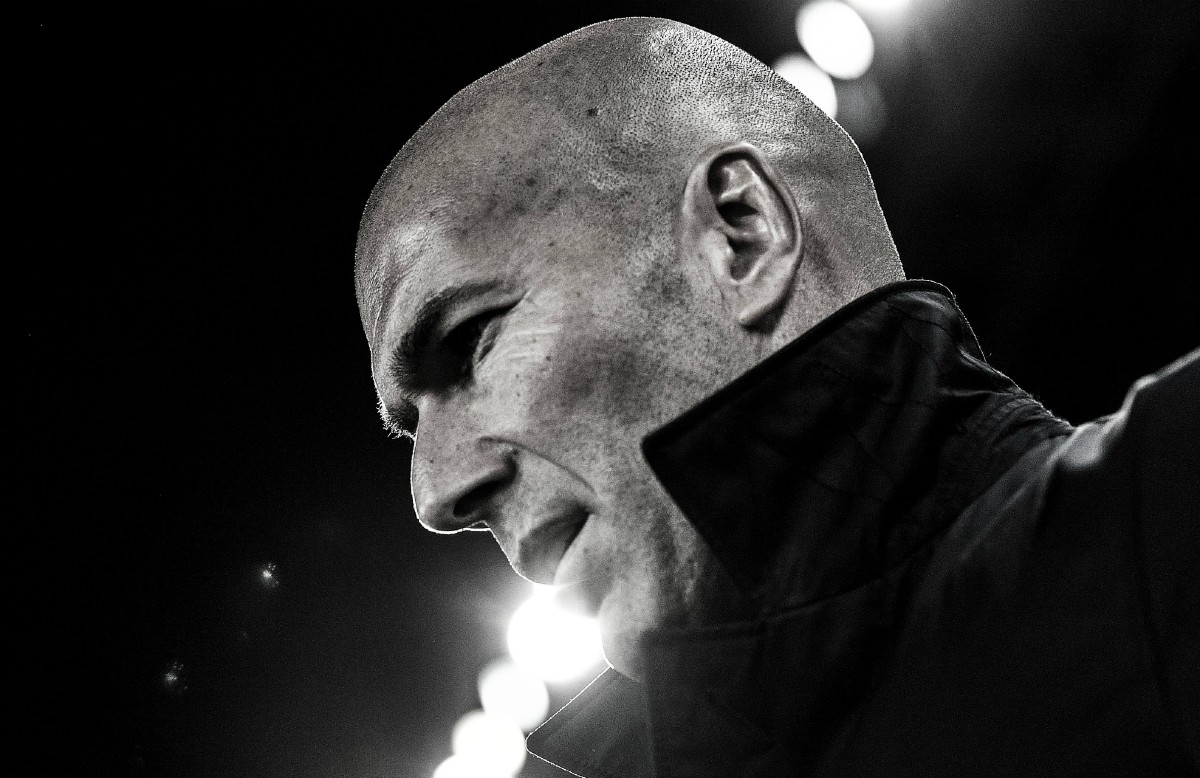 Will it be Zinedine Zidane or Brendan Rodgers? Amidst all the chatter it might be easy to forget that Ole Gunnar Solskjaer is still the Manchester United manager.

The Norwegian tactician is surely on borrowed time, however, with his Man Utd side badly struggling at the moment following particularly humiliating home defeats to rivals Liverpool and Manchester City, though these issues feel like they’ve been a long time coming.

Solskjaer was a risky appointment by the Red Devils after his spell as interim manager, with the former Molde boss’ lack of experience at this level always likely to have caused problems some way down the line.

Someone who’s shown in the past that they could overcome that hurdle was Zidane, who was thrust straight into the Real Madrid job for his first management position back in 2016, and who is now being linked with United by the Times and others.

Like Solskjaer, Zidane undoubtedly benefited from being a club legend in getting him to the job in the first place, but the similarities end there, as the French tactician enjoyed huge success in his stint at the Bernabeu, winning the Champions League three times and picking up two La Liga titles.

Alan Feehely, editor of Football Espana, is convinced Zidane is actually underrated as a coach, and that he’d be an instant upgrade on Solskjaer, even if he’s not quite in the Jurgen Klopp or Pep Guardiola mould.

“Zinedine Zidane is underrated as a coach,” Feehely tells CaughtOffside. “Despite winning the Champions League three times, the Frenchman isn’t considered to be amongst the elite of the coaching elite. The perception is that he’s a horse-whisperer – a man supremely talented in getting the best out of an already highly-talented squad but not one who can produce a cohesive unit that’s greater than the sum of their parts like Pep Guardiola or Jurgen Klopp.

“Zidane isn’t a Guardiola or a Klopp, but neither is he Ole Gunnar Solskjaer. I’d argue the coach he’s closest to would be his mentor, Carlo Ancelotti.”

Solskjaer has occasionally looked like he isn’t the kind of figure to command respect, which means even if you have great tactical ideas you’re going to find it hard to get your players to buy into it. This is where Zidane has a clear advantage, according to Feehely.

“Zidane is the polar opposite to Solskjaer temperamentally,” he says. “He’d never apologise for rambling on in a press conference, and isn’t as smiley as the Norwegian. He can be quite cold in many ways regarding his public demeanour, but one thing he doesn’t lack is respect.

“There’s not a single footballer in the game that doesn’t admire him – he carries gravitas.

“Zidane would bring a winning mentality to Old Trafford, and a pedigree in European football few can match.

“He’s never, however, turned a challenger into a winner during his time in coaching. Whether he could do that at Old Trafford is unknown, but it would certainly be fascinating to find out. Clear-eyed and unbowing to sentimentality, Zidane’s Manchester United would be a different proposition entirely from Solskjaer’s.”

One thing that will no doubt be tempting from all sides involved is the prospect of Zidane linking up with Cristiano Ronaldo again.

The pair worked superbly together in Madrid, and Feehely imagines that link-up could work at United as well, even if he concedes he’d be working with an older Ronaldo, whose style has changed.

Zizou is content out of football right now, but things can change quickly in football as @FabrizioRomano explained to me in this clip from my exclusive interview with him. pic.twitter.com/w8QrTdhZOU

“Cristiano Ronaldo of 2021 is very different to the one he allowed to leave for Juventus in the summer of 2018,” Feehely says. “I think that Zidane would try to offset the Portuguese’s lack of pressing ability by structuring his team to compensate for it, and would find a way to get the very best out of Paul Pogba in the process. I wouldn’t foresee any dramatic changes – I think Zidane would tinker until he found a formula that worked for him and the team.”

Even if Zidane has been stereotyped as a manager just putting a team of stars together and letting them do their thing, that’s not entirely fair on a man who’s also shown he’s not in awe of big names if he feels they don’t fit into his plans.

“Evidenced by his relationship with Gareth Bale, Isco, James Rodriguez and many others, Zidane is the man in charge of football operations at the club he runs and doesn’t pander to talent,” Feehely says.

“He does, however, recognise likeminded souls, and forged close bonds with the likes of Sergio Ramos, Luka Modric, Casemiro and Toni Kroos during his spell in charge.”