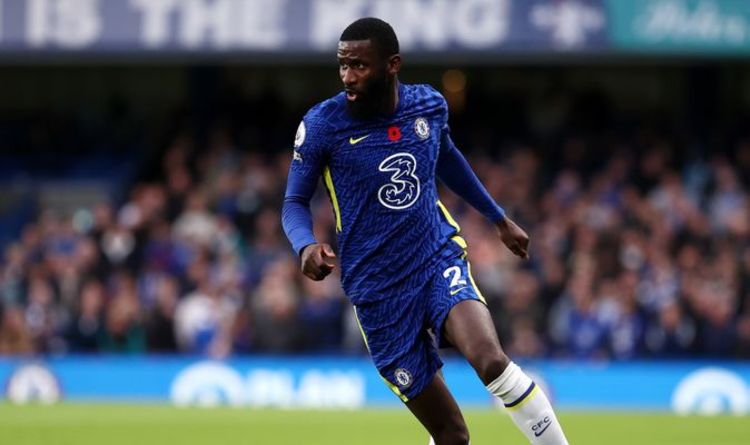 Real Madrid are aiming to pip rivals Barcelona to a deal for Chelsea star Antonio Rudiger - and are prepared to offload up to four players to fund a lucrative contract offer for the Blues defender.

Rudiger has established himself as one of the most dominant defenders in the Premier League during Thomas Tuchel's reign at Stamford Bridge.

But the German international now has less than 12 months remaining on his current Blues deal, and his future remains uncertain.

Despite Tuchel's desperation to keep hold of the defender, both Real and Barca are keen on striking a deal for Rudiger; who is free to negotiate with European teams from January.

Real Madrid are keen on a deal for Antonio Rudiger (Image: GETTY)

And Real are set to try and steal a march on their rivals by taking advantage of Barcelona's current financial difficulties.

According to a report from El Nacional, Real have earmarked four fringe players who they'd be prepared to sacrifice in order to enable them to offer a bumper contract to Rudiger and ward off any rival interest from Barca.

Eden Hazard, Marco Asensio, Isco and Casemiro are all stars who could be set for an exit from the Bernabeu in the near future.

Hazard, who arrived at Real from Chelsea in a £130million deal back in 2019, has struggled to live up to expectations in Spain and is on a bloated salary. The report outlines that club president Florentino Perez feels as though Hazard has failed to justify his mammoth wages given his poor performances and constant injury issues.