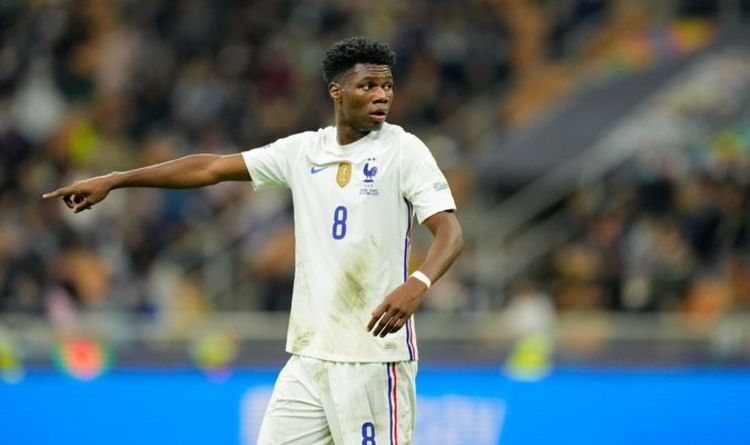 Chelsea are reportedly in pole position to sign French wonderkid Aurelien Tchouameni amid interest from Real Madrid. Tchouameni is a rising star in Ligue 1, having become a regular for Monaco since moving to the Principality from Bordeaux in January 2020.

Still only 21, he has made more than 60 appearances for Monaco and has been one of the first names on the team-sheet for boss Niko Kovac.

He has played in all but one game for Monaco so far this term, with that absence due to a suspension for collecting too many yellow cards.

Aside from that brief spell in the stands, Tchouameni has starred for Monaco from his position in defensive midfield.

He was even named captain by Kovac for the win over Sparta Prague in the Europa League, a victory that has helped Monaco to the verge of qualifying for the knockout stages.

Tchouameni’s impressive form has seen him called up by France national team boss Didier Deschamps, who has handed him six caps.

But Monaco’s results in Ligue 1 have been inconsistent, with Kovac’s men sitting a lowly 11th in the table.

That mid-table placing has now sparked a race to sign Tchouameni among the top European clubs, despite his contract running until 2024.

According to Marca, there are two main frontrunners in that race, one being Premier League table toppers Chelsea and the other being Real Madrid.

Los Blancos are said to have been monitoring Tchouameni for some time, marking him out as a possible target for the future.

The Blues have made signing Tchouameni one of their priorities (Image: Express Sport)Tchouameni has impressed for Monaco since joining in January 2020 (Image: Getty Images)