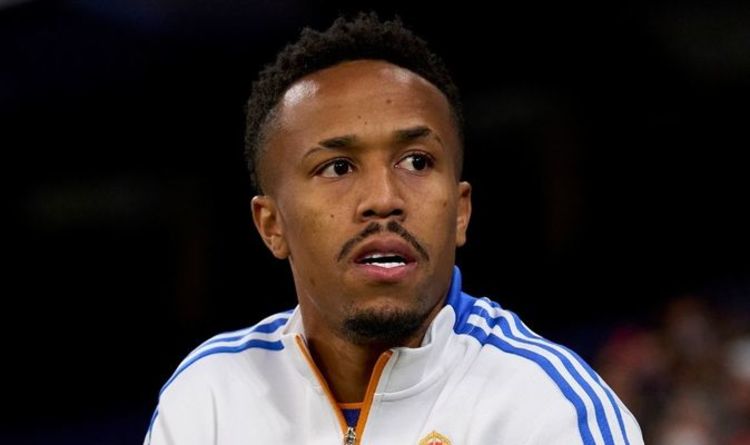 Chelsea have reportedly offered £34million to sign Eder Militao from Real Madrid, reports in Spain claim. The Blues are in the market for centre-backs as they prepare to potentially lose several key members of their current squad at the end of the season.

Antonio Rudiger looks certain to depart with Chelsea still yet to reach an agreement with the German over a new contract.

Thomas Tuchel has been clear that he wants to keep his compatriot but so far, the club are yet to show any sign of matching his wage demands.

Real Madrid and Bayern Munich are among the clubs monitoring the situation while Manchester City and Tottenham are understood to have held talks with Rudiger's camp.

The same can be said for Andreas Christensen, who is also currently on course to depart in June next year.

READ MORE: Six Chelsea players who could leave in January as Thomas Tuchel prepares for overhaul

Thiago Silva and Cesar Azpilicueta are also out of contract but the club remain relaxed on the futures of their experienced defenders.

According to Spanish outlet El Nacional, Chelsea are willing to table £34m to sign Militao with Tuchel keen on the Brazilian becoming part of his three-man defence.

He has been imperative in filling the void at the back for Real Madrid since the departures of Sergio Ramos and Raphael Varane earlier this summer.

For that reason, he is unlikely to come cheap with Real Madrid seemingly unwilling to entertain offers.

Chelsea do have a whole host of other targets on their radar though.

The club saw a £42.5million bid rejected for Jules Kounde in the summer.

They could still return for the Frenchman, who asked Sevilla to let him move to Stamford Bridge, a request that was denied.

Another possible target is Juventus' Matthijs de Ligt, who has been marketed by his agent Mino Raiola.

Real Madrid will not consider selling Eder Militao with Chelsea keen on the centre-back (Image: GETTY)

Chelsea are one of several clubs to have been offered the Dutchman, who is expected to leave Juventus next summer.

The Blues have saved millions though in the form of Trevoh Chalobah and Malang Sarr.

Both have impressed when they have featured under Tuchel this season in west London.

Chalobah recently penned a bumper four-year deal at Stamford Bridge, a fin reward for his impressive performances this season.