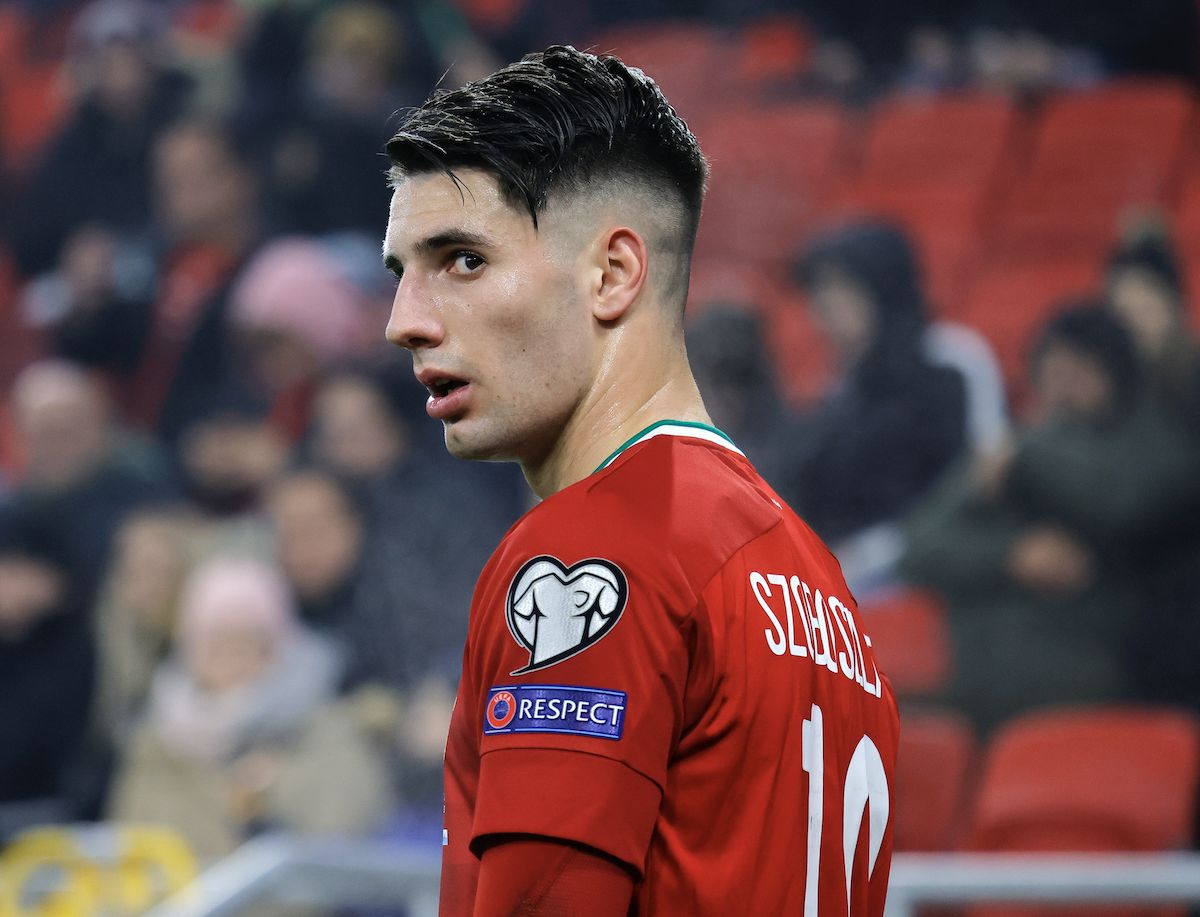 Despite several top clubs being interested back then, the Hungarian playmaker eventually sealed a move to Bundesliga side RB Leipzig, in a deal worth £19.8m.

However, although tipped to become one of Germany’s most creative attackers, Szoboszlai’s first 11-months at the Red Bull Arena have not quite gone to plan.

Having failed to start a single league game so far this season, the Hungary international continues to struggle for a starting place in Jesse Marsch’s first team.

Although Szoboszlai has been named in three of his side’s last four games, he was subbed off 50% of the time and according to recent reports, RB Leipzig is now considering cutting the midfielder loose.

That’s according to a recent written report from German outlet BILD (as relayed by AS), who claims RB Leipzig may allow Szoboszlai to depart if his release clause, understood to be around £51m (€60m), is met.

Dominik Szoboszlai is being linked to Manchester United and Atletico Madrid.

Although Arsenal has been credited with having an interest, the Gunners are not expected to make a move anytime soon – especially considering how much they spent on transfers earlier this year.

That would pave the way for Atletico Madrid and Ole Gunnar Solskjaer’s Manchester United to battle it out for the midfielder’s signature.

Although Szoboszlai may have endured a tough start to life in Germany, there is no denying his talent and still at the tender age of just 21, he could still prove an attractive option for any club looking to add creativity to their ranks.

However, when it comes to links to Manchester United, it is hard to foresee the Red Devils willing to part with over £50m, especially when they already have the likes of Bruno Fernandes and Donny van de Beek.

Add that to the fact they’re in desperate need of a more defensively minded midfielder, a move to Old Trafford for Szoboszlai certainly seems audacious, to say the least – however, when it comes to football, nothing can ever be totally ruled out.