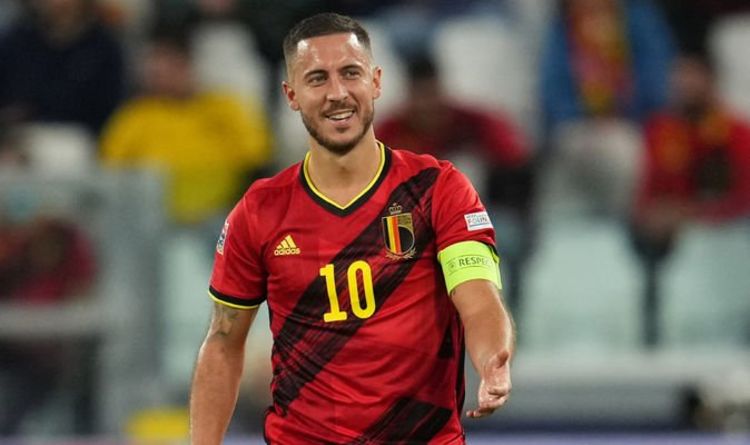 Newcastle's possible spending spree has much of their fanbase salivating over which superstars could arrive on Tyneside in the winter window - and Eden Hazard could be one of them if reports are to be believed.

Hazard, 30, is one of the Premier League's all-time greatest players following a superb seven-year stint at Chelsea.

The Belgian joined the Blues from Lille in 2012 following Chelsea's Champions League triumph over Bayern Munich, and instantly became a hit in west London.

Scoring 110 goals in 352 games from out wide, his form was enough to warrant interest from Real Madrid, who paid a reported fee of £88million rising to £122m for the tricky winger.

Yet his career hasn't entirely kicked off in Spain, and in those three years he has only made 51 appearances - scoring just five goals in the process.

With Vinicius Junior and Rodrygo now first choice on the flanks, Hazard may well be after game time - and El Chiringuito have linked him with Newcastle.

Eden Hazard could be in line for a move to Newcastle (Image: GETTY)

The Spanish outlet say that the north east club want Hazard to be one of the stars of their new side and could even launch a bid for the one-time Premier League player of the season in January.

With a reported £190m to spend in the winter transfer market, the Belgian is well and truly within budget for the Magpies.

A transfer for Hazard may depend on which manager comes in to replace Steve Bruce following his sacking last week.

Newcastle have yet to appoint a new manager after sacking Steve Bruce (Image: GETTY)

“He has had injuries in the past and giving him two games in a row can be difficult.

“He is still not at the level we want, but we are confident he will return to his best condition again.”

Newcastle are currently still winless in the Premier League, and have the chance to ignite their season at home to Chelsea on Saturday.