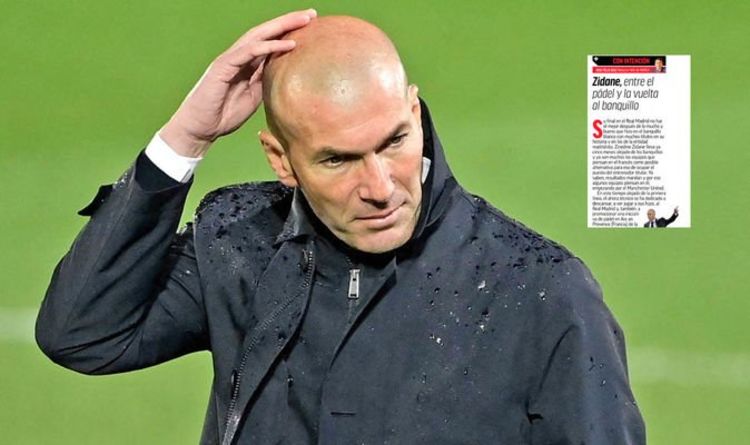 Zinedine Zidane is conflicted about returning to management at the current moment in time amid interest from Manchester United, reports in Spain have claimed. The Frenchman is currently out of work having left Real Madrid back in the summer. And with Ole Gunnar Solskjaer’s side struggling for consistency, talk of a managerial change at Old Trafford is rumbling on.

But Solskjaer’s side have had mixed results so far this term, winning just three of their last eight matches across all competitions.

United are adamant they’re behind the 48-year-old, especially after giving him a new three-year contract back in the summer.

But the Red Devils' consistent form has led to suggestions that Zidane could be about to replace him.

It’s been reported recently that Ronaldo has recommended the Frenchman as a possible replacement for Solskjaer, having worked under Zidane at Real Madrid.

It’s stated that they’re one of the clubs eyeing the 49-year-old, who won three Champions League titles and two La Liga crowns during his stints at the Bernabeu.

“I have always felt that there was something very special between us. I have had the great honuor of being a player and coach of the most important club in history, but above all I am just another Real Madrid player.

“For all this, I wanted to write you this letter to say goodbye to you and explain my decision to leave the bench.

“When in March 2019 I agreed to return to coach Madrid after a break of about eight months, it was because President Florentino Perez asked me, of course, but also because you told me every day.

“When I met one of you on the street I felt the support and the desire to see myself again with the team. Because I share the values ​​of Madridismo, this club that belongs to its members, to its fans, to the whole world.

“Spending twenty years at Madrid has been the most beautiful thing that has ever happened to me and I know I owe it to him, exclusively to Florentino Perez who bet on me in 2001, who fought for me, to make me come when there were certain people who were against it.

“I say it from my heart, I will always be grateful to the president for it. Always.

“Now I have decided to leave and I want to explain the reasons well.

“I’m going, but I'm not jumping off the boat and I'm not tired of training.

“In May 2018 I left because after two and a half years with so many victories and so many trophies I felt that the team needed a new discourse to stay on top.

“Today things are different. I am leaving because I feel that the club no longer gives me the confidence I need , it does not offer me the support to build something in the medium or long term.”