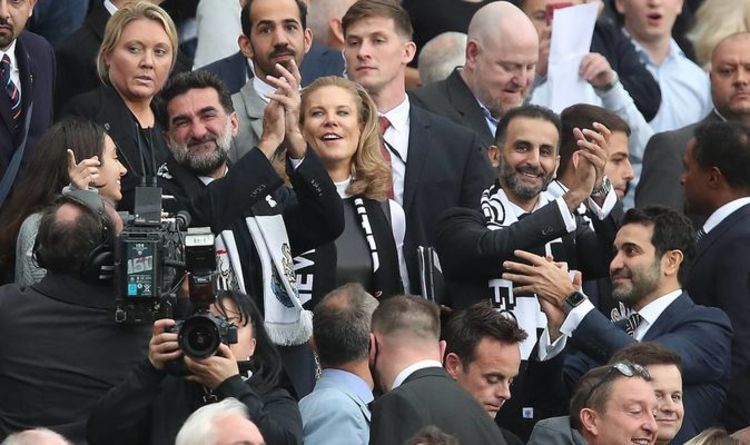 Newcastle have been warned over spending too much money by Steve McManaman. It comes after the BT Sport pundit tipped four Real Madrid players to make the transfer to St James Park.

Steve McManaman has told Newcastle to be “very careful” with their money going into the transfer window.

After the takeover during the international break from Saudi Arabia’s Public Investment Fund.

It has made the Magpies the richest club in the world with the PIF chaired by crown prince Mohammed bin Salman, who is worth around £320bn.

That is more than every other Premier League’s value put together and some big transfers have been touted to join.

Steve Bruce was sacked this week with hiring a manager the first order but with January fast approaching, speculation is growing over the transfer window.

Several players have been linked and McManaman can see four players tipped to make the move from Real Madrid.

Gareth Bale and Isco are in the final years of their contracts while Eden Hazard and Luka Jovic have had poor careers in La Liga and could be sold.

McManaman told horseracing.net: “Newcastle just have to be very careful. Everybody in the world knows that. Every agent will be trying to push their players into Newcastle.

“Gareth Bale would be very interesting, of course he would, as he’s got a year left on his contract and he’s a super player.

“The only thing is whether he wants to come back to this country as he loves life in Madrid. Eden Hazard is now on the wrong side of 30.

“And you have to be very careful with Isco and Luka Jovic. I don’t think Isco is a Premier League player, he just lacks that little bit of pace.

“Marquee signings to me are the likes of Kylian Mbappe and Erling Haaland. You’ve got to be careful that you don’t pay older players lots of money and then they don’t turn up.”

Gareth Bale has been tipped to sign for Newcastle (Image: GETTY)

Bruce’s successor has yet to be picked wth Paulo Fonseca and Frank Lampard heavily linked and McManaman reckons it would be difficult to turn down.

He said: “If what we’re being led to believe, that Newcastle United are going to be turned into the next Manchester City with all this money and power and glamour, it could be an absolutely brilliant opportunity to take that job.

“I think it’s an amazing opportunity if these new owners say, ‘we’d like you to take this job as our manager and we’ve got £500million to spend.’”