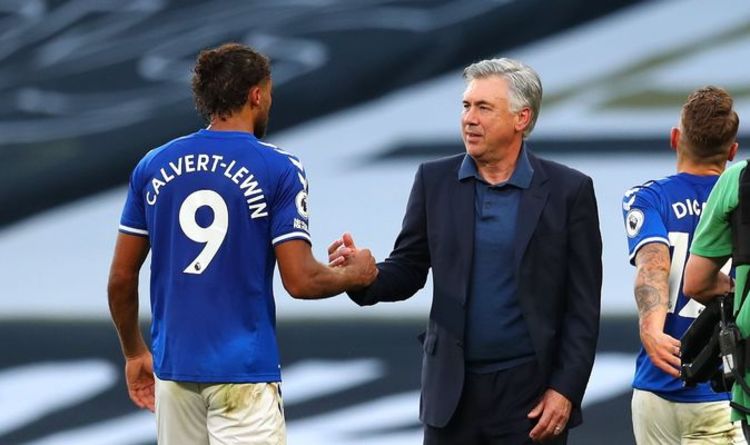 Everton have been told that they will struggle to keep hold of star striker Dominic Calvert-Lewin if the rumours that Real Madrid are interested in the player are legitimate. The English forward is an integral part of the Toffees attack and a lot of their hopes of European football rest on his shoulders considering he has been their top scorer for the last two seasons.

Calvert-Lewin made a terrific start to the 2021/21 campaign with goals in each of the Toffees' opening three games of the season, but he hasn’t been able to play since due to injury.

The 24-year-old sustained an injury to his quadriceps during Everton’s 2-0 victory over Brighton on the 28th of August which is expected to keep him out of action for several more weeks.

In his absence, manager Rafael Benitez is limited to playing new signing Salomon Rondon, who has registered one shot on target in 342 minutes of Premier League football.

Fellow summer incomings Andros Townsend and Demarai Gray have hit the ground running at Goodison Park with three goals each and the idea of Calvert-Lewin forming a front three with the pair has got Everton fans excited for the future.

Calvert-Lewin has been linked with reuniting with Ancelotti (Image: Getty)

However, former Premier League manager Alex McLeish has warned the club's supporters not to get too caught up on the idea as he fears Calvert-Lewin would be tempted to reunite with ex-boss Carlo Ancelotti in the La Liga.

Italian news outlet Calcio Mercato revealed last week that the Italian boss wants to bring the England international to the Santiago Bernabeu as part of the club’s rebuild.

Speaking to Football Insider, McLeish claimed that an offer from a club like Madrid may be irresistible to Calvert-Lewin, he said: “Everton fans will be saying: ‘He can’t leave us because we’re the best.’