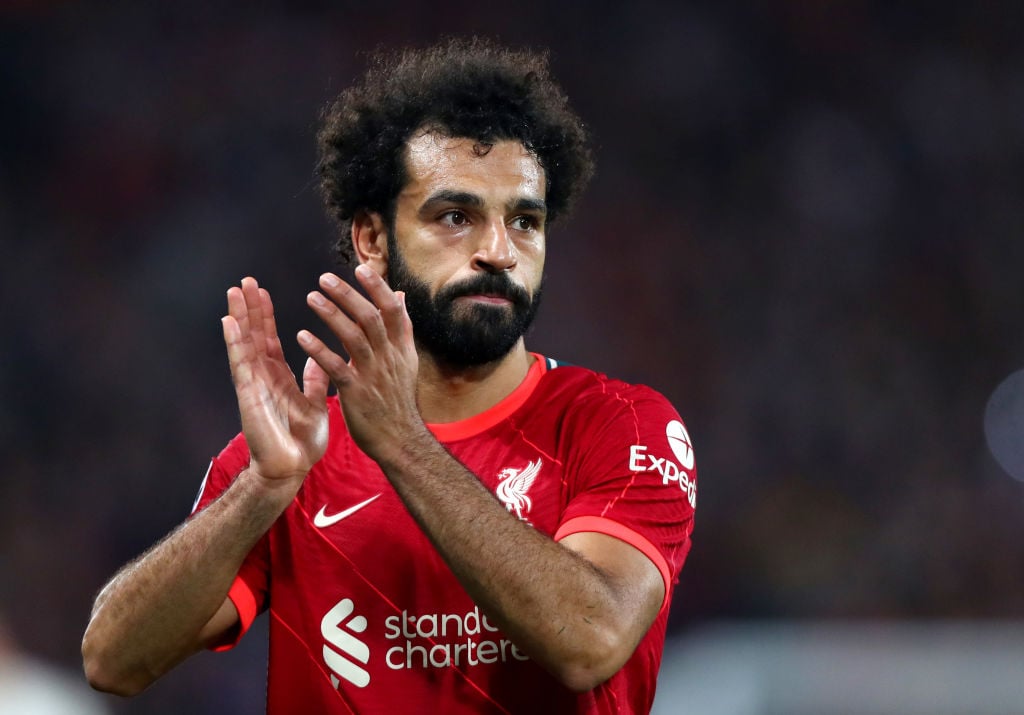 Well, after Salah posted a photo of himself and his Liverpool teammates celebrating against Atletico Madrid, Vinicius Jr posted a one-word reply.

The Brazilian simply wrote ‘crack’ which, in Spanish, translates to excellent, or something that is first rate.

Clearly, the Real Madrid No.20 is a fan of Salah.

Interestingly, Jürgen Klopp actually wanted the £38.7m attacker at Anfield, if Diario Madridista are to be trusted.

They claimed that Liverpool made contact with Vinicius Jr back in the summer of 2020, although obviously, nothing came of it.

Klopp even said that he was left impressed by the ‘outstanding’ South American after he scored two goals against Liverpool last season.

Should Liverpool go back for Vinicius Jr?

In our view, the 21-year-old would be a fantastic signing for the Reds.

There’s a reason Real Madrid paid £38.7m to sign Vinicius Jr when he was just 18, and that’s because he has Ballon d’Or potential.

In just 11 appearances this season, the 7-cap Brazil international has scored seven goals and provided five assists, which is very impressive.

One fan below suggested he could be a replacement for Sadio Mané at Anfield, which isn’t the worst idea.

Both forwards like to cut in from the left flank, while both pride themselves on their dribbling skills and direct nature.

For now, let’s see what the Liverpool fans on Twitter have been saying after Vinicius Jr messaged Salah on Instagram…

Vinicius flirting with salah there. Must be trying to lure him to madrid at the behest of ancelotti. https://t.co/BH04fTaygG

Bec he wants to come to Liverpool 😈 https://t.co/ZrUwzHUqOr

I’d take Vinicius as a Sadio successor in a heartbeat if Madrid are still determined to get Mbappé next summer. https://t.co/v0h7q15uis

In other news, 'No regrets': Netherlands international admits he turned down West Brom