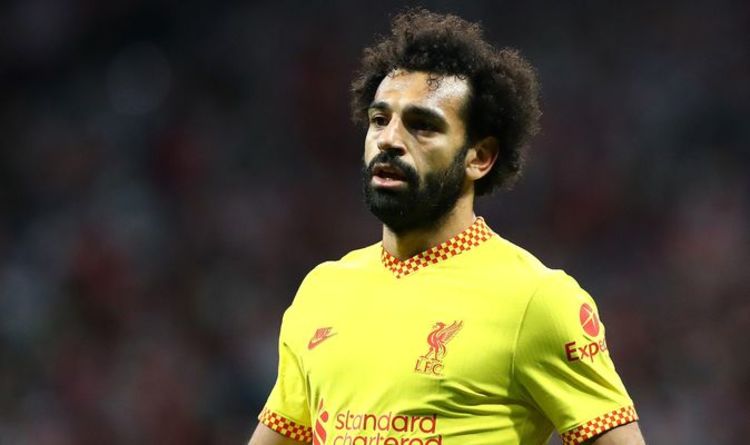 Liverpool forward Mohamed Salah has emerged as arguably the best player on the entire planet based on current form this season. The Egyptian maestro has enjoyed an incredible start to the new campaign, scoring 12 goals from just 11 appearances in all competitions.

Salah's influential showings have helped Liverpool to stay within touching distance of Premier League leaders Chelsea at this early stage of the domestic title race.

However, the Reds are yet to tie their star man down to a new contract that would secure his long-term future at the club.

The likes of Jordan Henderson, Trent Alexander-Arnold and Alisson Becker have all signed new agreements in recent months, but Salah has not decided to follow in their footsteps as of yet.

He is reportedly holding out for a weekly salary in the region of £400,000, which would make him Liverpool's highest earner by some distance.

Although Salah's recent form has turned plenty of heads, it remains to be seen whether such a deal would be the best option for the Merseyside outfit.

Salah has made a fantastic start to the new season with Liverpool (Image: GETTY)

If he were to pen a new four-year contract with the aforementioned wage, it would cost the Reds around £83million to keep him until the age of 34, at which point he would likely depart on a free transfer.It remains to be seen whether Liverpool will eventually find an agreement with Salah, but it seems as though the perfect successor could emerge in the form of Real Madrid star Vinicius Junior.The Brazilian winger has also made a strong start to the new season, chipping in with seven goals in all competitions to already surpass last season's tally.

He is one of Real Madrid's five lowest-paid players, according to Goal, and would undoubtedly be on a cheaper wage at Liverpool than the eye-watering figure requested by Salah.

However, Vinicius' hefty release clause could potentially cause problems for the Reds if they decide to snap him up as Salah's long-term replacement.

The current figure stands at £428m, with Real Madrid including the clause to protect their assets which ensures they can demand a significant fee for his services.

It seems highly unlikely that Vinicius will be sold for that price, with a compromise potentially an option for Liverpool, although he would certainly not be allowed to leave the Spanish capital on the cheap.

Even so, the total cost of a move to Anfield could be less or similar to what Salah would receive over the course of any new long-term deal.

Liverpool have failed to agree fresh terms with Salah as of yet (Image: EXPRESS)

It seems as though Liverpool will have some difficult problems to solve over the coming weeks and months if Salah is not prepared to lower his salary demands.

The arrival of Vinicius would see the club's attacking ranks bolstered for the foreseeable future, with the forward still only 21 and poised to make further improvements as he continues his development.

However, players of Salah's calibre can so often be the difference between success and failure at the highest level, with any move to forgo an extension not to be taken lightly.

Whatever happens, it will be crucial for the Reds to make the right decisions in January and ahead of next season in order to maintain their status as one of the Premier League's finest outfits on a long-term basis.