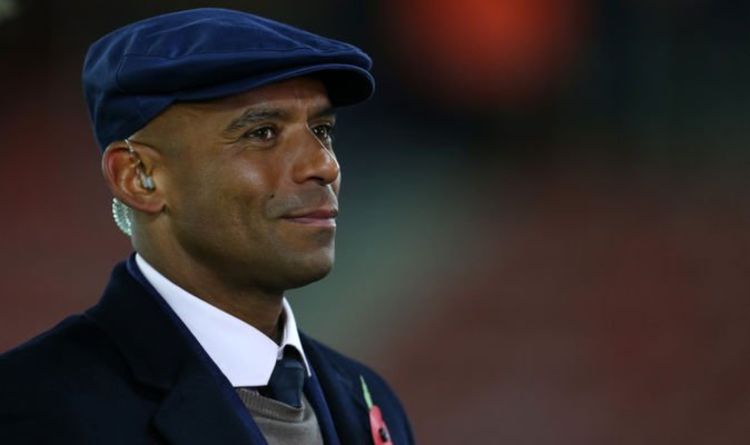 Former England winger Trevor Sinclair admits he has worries about Liverpool, despite Jurgen Klopp’s side claiming their third Champions League victory of the season on Tuesday night. The Reds defeated Atletico Madrid 3-2 at the Wanda Metropolitano Stadium to extend their lead at the top of the Group B table.

Liverpool began the clash in scintillating form as they raced to a 2-0 lead in just 13 minutes.

The in-form Mohamed Salah struck the opener as he weaved his way past three defenders before firing into the corner from the edge of the box.

And Naby Keita then hit a sensational second as he volleyed home from a similar position.

The Reds should have been out of sight, but they allowed the Spaniards back into the game before the break.

First of all, the visitors failed to deal with a corner as Antoine Griezmann turned in Thomas Lemar’s effort.

Trevor Sinclair has a big Liverpool worry, despite their win at Atletico Madrid (Image: GETTY)

And they were pegged back 10 minutes before the break as Virgil van Dijk was wrong-footed, which allowed Griezmann to find space and equalise with a well-taken finish.

Klopp’s side eventually found a winner as Salah kept his cool late on to strike from the penalty spot after Diogo Jota had been bundled over.

“They started superbly well – front foot, dominating possession, counter-pressing, winning the ball back high up, getting themselves in the lead and then extending it to 2-0,” Sinclair told talkSPORT.

“And then it went a bit pear-shaped – conceding goals which you don’t expect Liverpool to concede.

Liverpool moved five points clear at the top of their Champions League group following the victory and are heavy favourites to qualify for the knockout stages in pole position.

The Reds defeated AC Milan 3-2 in their opening game, before seeing off Porto 5-1 before the international break.

Klopp’s team will be hoping to complete the double over Atletico when the sides go head-to-head for a second time at Anfield next month.

They will then host Porto before travelling to the San Siro for their final group clash in December.

Klopp led his side to Champions League success in 2019, and the Reds are among the favourites to lift the trophy once again this season.