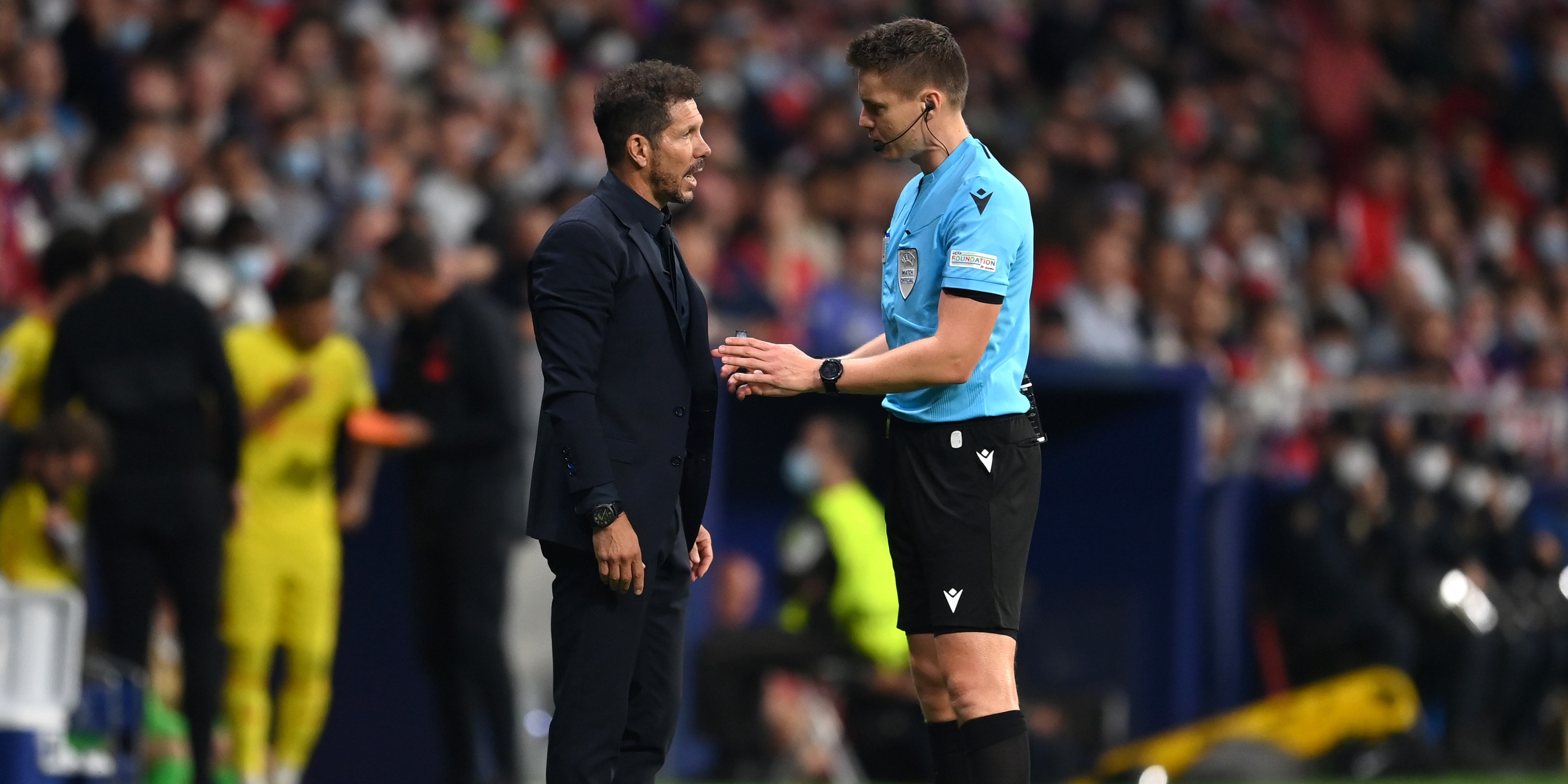 Diego Simeone was not inclined to lay the blame for Atletico Madrid’s home defeat at the feet of the official, Daniel Siebert.

Los Colchoneros were subjected to two significant refereeing calls, with Antoine Griezmann sent off for a high boot on Bobby Firmino and a penalty awarded to Liverpool after Diogo Jota was brought down in the box.

“We have the red card, the penalty, the uncalled penalty, but I wouldn’t simplify it with bad luck because both teams wanted to play,” the Argentine spoke post-match, as quoted by the Echo.

“I always complain about referees. I can complain and get mad on the pitch but the referees make mistakes and good decisions just like us.

“He saw it was not a penalty with the VAR and with Griezmann, he thought it was a red card.”

Despite a comeback from the Spanish giants in the first-half, the Reds did manage to compose themselves enough, especially after the introduction of Fabinho, to seal all three points at the Wanda Metropolitano.

READ MORE: (Video) Luis Suarez kicks off at official after making a meal out of Van Dijk challenge

Though the 51-year-old was certainly quick to air his discontent with some of the officiating calls throughout the game, we have to give him credit for his post-match comments.

As far as we’re concerned here at the Empire of the Kop, of course, we’d be inclined to argue that both sides were roughly balanced in terms of the calls received in their favour.

Nonetheless, following a rare defeat in Madrid for Simeone’s men, we’ve no doubt that our European rivals will have their eye on a comeback performance at Anfield – a challenge we’ll be more than prepared for if we can keep up our current form.