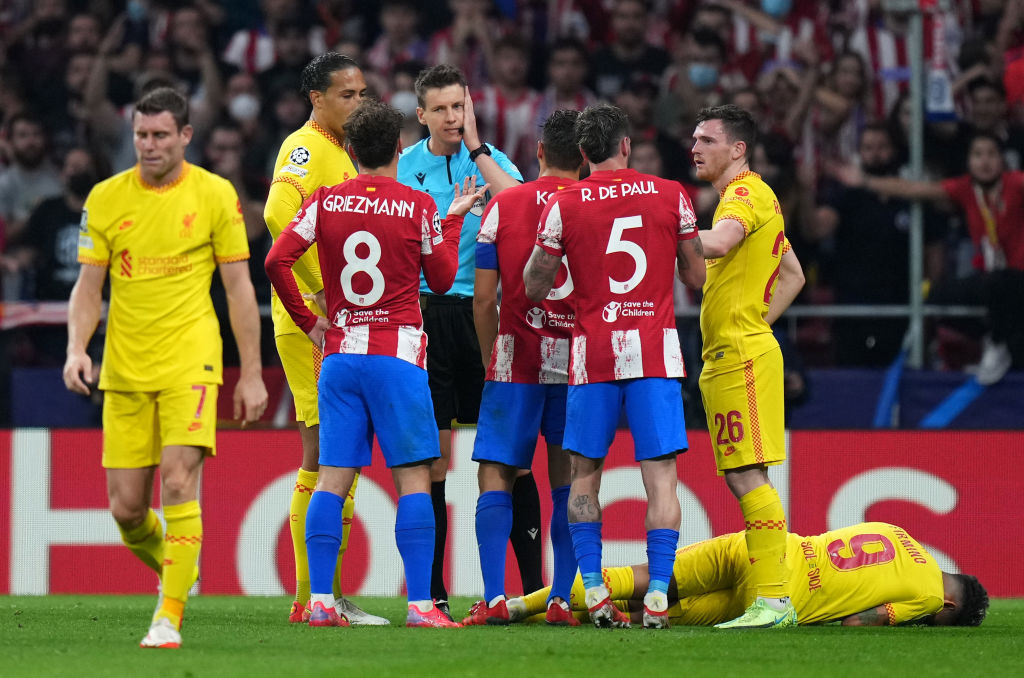 Gary Lineker has taken to Twitter to react after watching Antoine Griezmann’s kung-fu kick, as Liverpool won 3-2 in the Champions League.

Well, the France international’s evening was ruined after Daniel Siebert handed him a red card, following a kick to Roberto Firmino’s face.

In fairness to Griezmann, he only had eyes for the ball, and didn’t even appear to know that the Brazil international was standing next to him.

Nevertheless, it was very dangerous play, and Diego Simeone can have no complaints about Siebert’s decision after the 52nd minute moment.

One man who seemed shocked by the incident was Lineker, who said “jeez” after watching what happened to Firmino.

Clearly, he’s also trying to make a cheesy pun out of Griezmann’s name, although we don’t doubt that the moment also took him aback.

Thankfully, Firmino was able to continue, and played a big role as Liverpool recorded an impressive 3-2 win.

It’s never boring when Liverpool are involved in European football, and last night at the Wanda Metropolitano was no different.

From start to finish, there was plenty of drama, lots of quality football and some grittiness to go with it as both sides fought for the points.

Add in Griezmann’s red card, and the drama caused by VAR after Diogo Jota nudged Mario Hermoso, and it was quite the spectacle.

Jürgen Klopp would presumably prefer his side’s wins to be a bit more routine, although for the neutral, it was fantastic to watch.

The Reds are now on a 21-game unbeaten run, which is simply incredible.

With Virgil van Dijk back, it seems Liverpool are more than capable of winning the Champions League once again.

In other news, Ginola claims Tottenham and the fans 'regret' letting go of individual who was 'great'