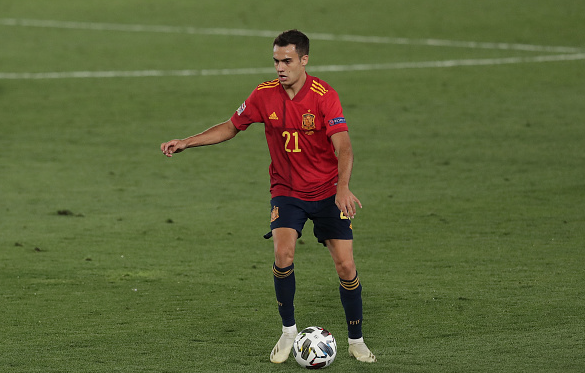 Sergio Reguilón has started his second season with Tottenham Hotspur on a brighter note and is enjoying regular minutes under Nuno Espírito Santo.

Spurs took the defender from Real Madrid in 2020 and as part of the agreement, Los Blancos have an option to buy him back.

According to ElNacional, this clause will come into effect next summer and Madrid can bring him back to the club by paying €40m to the Premier League side.

At the Bernabéu, Carlo Ancelotti is having problems in the left-back position following injuries to the current players operating in that position. Therefore, Real Madrid may consider strengthening the left side of the defence in January.

It’s claimed the former Everton manager has asked for the Spain international’s signing.

The Madrid club sold the 24-year-old because Zinedine Zidane didn’t count on him. Florentino Pérez now sees it as a ‘mistake’ and is agreeing to re-sign the player due to Ancelotti’s request.

Real Madrid also retain the first option to buy Reguilón, if Tottenham decide to sell him before next summer. This, however, ‘will not happen’, meaning a January move is not on the cards, since the fullback is a regular for the English club.

Reguilón, on the other hand, would have ‘already said yes’ to return to Real Madrid and ElNacional says it is ‘only a matter of time’ before the Spanish giants decide to buy him back from Spurs.