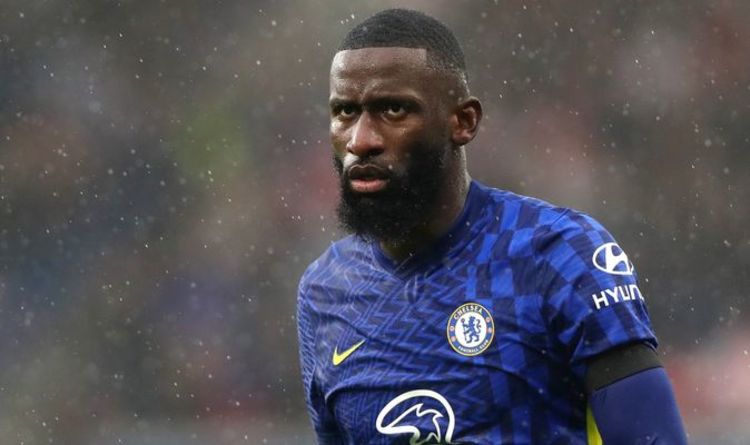 Chelsea could miss out on the signing of Sevilla defender Jules Kounde next season if Antonio Rudiger ends up agreeing a contract extension with the Blues, according to reports. The latter will be a free agent at the end of the campaign as things stand, with Real Madrid believed to be keen on bringing him to the Bernabeu in the summer.

Rudiger has established himself as a mainstay for Chelsea under Thomas Tuchel, who has managed to get the best out of the 28-year-old since replacing Frank Lampard at the helm in January.

The German defender played a significant role in helping the Blues to Champions League glory last season and has featured in all but one of their Premier League matches this time around.

However, he is yet to commit to fresh terms at Stamford Bridge despite having been locked in talks with club chiefs for some time.

If Rudiger eventually decides to extend his stay at Chelsea, it could spell trouble for the club's hopes of reigniting a move for Kounde, who they tried to sign over the summer.

The Frenchman was a key target for the Blues during pre-season but ultimately stayed at Sevilla, with the two sides unable to agree a transfer fee.

JUST IN: Gary Neville has doubt about Zinedine Zidane to Man Utd as club

Rudiger is yet to agree a contract extension at Chelsea (Image: GETTY)

Chelsea were reluctant to meet Kounde's release clause, believed to be in the region of £68million, while his current employers were unwilling to settle for a lower fee.It seems as though Real Madrid could switch their focus from Rudiger to Kounde if the former is successfully tied down by Chelsea between now and the start of next season.

The Spanish giants are keen admirers of the latter and would be prepared to move for his services by chasing a swap deal with Sevilla, according to Defensa Central.

The report claims that Florentino Perez is not keen on paying Kounde's release clause and would instead table a part-exchange offer in order to drive down his price tag to around £33m.

Liverpool made to sweat on Mohamed Salah transfer solution

Real Madrid are determined to land a new central defender ahead of next season and value Kounde's ability to play at right-back as well as in the middle of a back four.

However, they are aware that Chelsea will try again for the Sevilla man, with the Blues seemingly in a better financial position to make the move happen.

It remains to be seen whether Real Madrid will be successful in bringing Kounde to Stamford Bridge, with any move likely to hinge on Rudiger's long-term future.

Tuchel recently declared that he is confident over finding a positive resolution to Rudiger's contract situation but warned that it could take some time to rubber-stamp an agreement.

"It's between the club and the player's agent," the Chelsea boss told reporters last month.

"He plays excellent for a long time, very consistent [and] at a very high level. I feel him very calm, very focused and it's obviously not a distraction for him.

"So give things time. Sometimes it needs a bit longer, sometimes things get very fast. There's no news from my side.

"I think Toni feels very, very good at Chelsea. He feels respect from his team-mates, he feels the importance he has in the team."