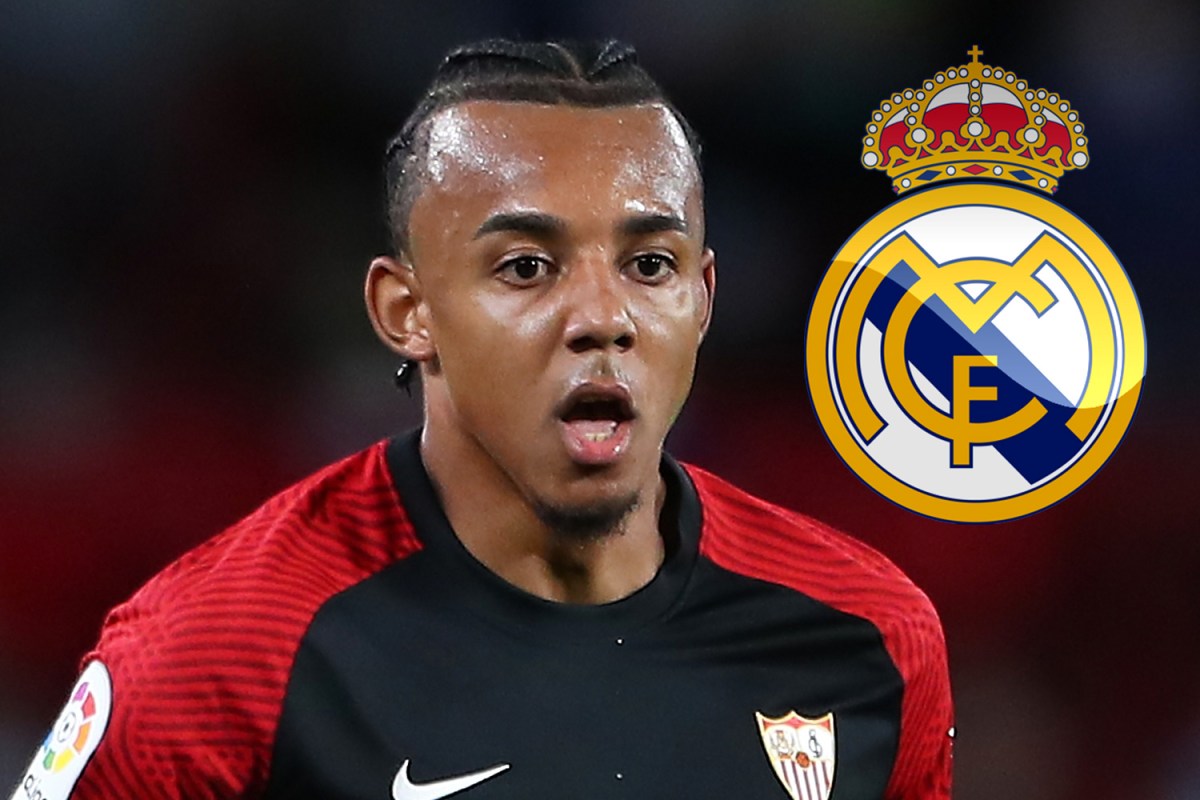 REAL MADRID'S Jules raid could foil the boys in Blue.

The Spanish giants believe a player-plus-cash deal can land Sevilla's France defender Jules Kounde ahead of Chelsea and Manchester United.

DefensaCentral claim Kounde has shot up Real's wishlist after showing he can play on the right as well as at centre-back.

Sevilla rate the 22-year-old as their key man and are understood to have rejected a £43million bid from Chelsea in the last transfer window - as they want around £60m.

It has already been suggested in Spain he would rather join United than the Blues, even telling his agent to initiate talks with Old Trafford chiefs.

And now Real are being tipped as favourites as they pave the way for an exchange deal next summer.

And that's one reason why Real reportedly aim to see which Bernabeu players they can tempt Sevilla into receiving in return.

It's certainly thought Kounde aims to move on at the end of the season.

Bayern Munich and Tottenham were also linked with the Germany star.

But Rudiger has transformed his fortunes at Stamford Bridge this season after manager Thomas Tuchel chose not to splash out on defenders over the summer.