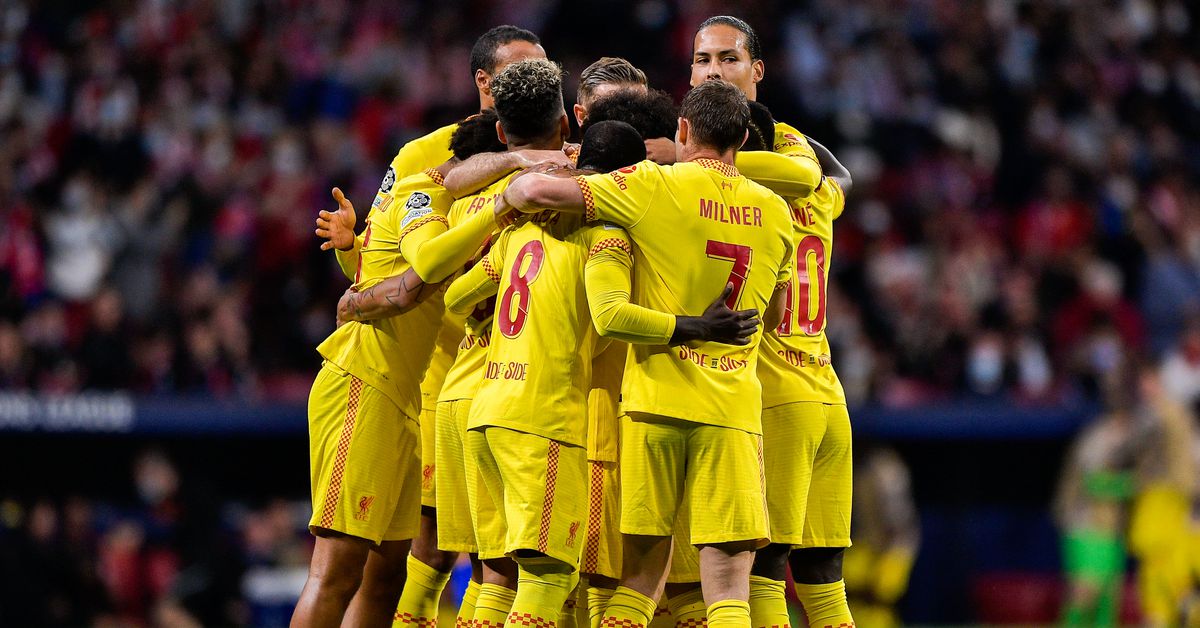 A hostile environment, a belter, a comeback, a red card, a penalty, an overturned penalty, simulation, mouthing off at the ref, and a panto maniac shouting into the void for 90 minutes before refusing a handshake at the end of it. This game truly had everything, except particularly good football.

Below, we try and make just a little bit of sense of what was kind of a car crash of a football game.

﻿Cruising: The game may have been utter mayhem, but Liverpool’s Champions League campaign is now just about settled. After three wins to start the group stage, the Reds need only one more to secure advancement to the knockout stage, and they’ll have the chances to get that done only two weeks from now, when they host tonight’s opponents in the return leg at Anfield.

A win there would allow Jürgen Klopp to rotate his team in in the final two matches in order to keep players fresh throughout what looks set to be yet another tremendously fixture dense season of football, and given the health troubles his side suffered last year, that’s something he’ll surely know to relish.

The Streaks: The main positive takeaway from tonight’s extremely chaotic and unpleasant game was that all of the streaks kept going.

Liverpool extended their undefeated run of games to 21 games in all competitions, stretching back to the end of last season. It’s a hugely impressive feat, one that the club has only bettered six times in its 129-year history, and suggests, once again, that we are witnessing one of the all-time great Liverpool sides.

The Reds also scored three or more goals in an eighth consecutive away game tonight. It is the first time in history an English top-flight team manages that feat. ‘

Mohamed Salah may have had his first-half goal reassigned to James Milner, but his match-winning penalty in the second half saw the Egyptian King score in his ninth consecutive game for the Reds, making him the first player in Liverpool history to do so. Contract negotiations are going swimmingly.

Defending: When Atlético Madrid had gone two goals down to the Reds’ first two shots of the game, their initial strategy of sitting deep in a 5-3-2 and hitting counter attacks was no longer tenable, and Diego Simeone decided to attack. Liverpool were entirely incapable of dealing with it, with pressers struggling to close down opposing ball carriers, and the midfield failing to cover their overloaded fullbacks.

Naby Keïta will rightfully get some criticism for failing to make a tackle on Thomas Lemar and João Félix ahead of the first and second goal respectively, but Joël matip and Virgil van Dijk should have pushed out far more aggressively when the ball made its way to edge of the area on 1-2 and neither Trent Alexander-Arnold — who quietly had a dreadful game — Jordan Henderson or Joël Matip got anywhere near Félix after he beat the Guinean on 2-2. The less said about van Dijk’s decision to spin clockwise, turning his back on left-footed Griezmann before the second goal, the better.

The home side also cut the Reds open on several occasions, forcing Alisson to continue bolstering his reputation as the best goalkeeper in the world. Failure to establish pressure and deal with possession in the wide areas appeared the main issue, and the Reds will have to find a way to manage good teams who use the back five to stretch play horizontally if they are to continue their hot start to the season.

Attacking: In the 40 minutes that passed between their second goal and Antoine Griezmann’s sending off, Liverpool took three shots; two set-piece headers and a 30-yard volley from Roberto Firmino. Outside the penalty, they did not create a single big chance all game, and their non-penalty expected goals value ended up somewhere around 0.5.

Despite the three goals, this was a tepid attacking performance from a Reds side who have been absolutely hammering teams all season, and, as against Chelsea, the five-man backline appears to create trouble for Liverpool’s most creative players, who are all situated in wider areas.

It’s an interesting problem and Klopp and his brain trist are no doubt working on a solution as we speak, but should the season come down beating one of these sides, the Reds do not currently seem to possess a replicable way of doing so.

Not much, just a Sunday trip to Old Trafford where the Reds will take on 6th-placed arch rivals Manchester United, whose manager is under pressure and who will undoubtedly be subject to chants of Sacked in the Morning by the traveling Kop. Certainly not the sort of high-stakes situation Big Football Narrative loves to make a meal out of. We can’t wait.