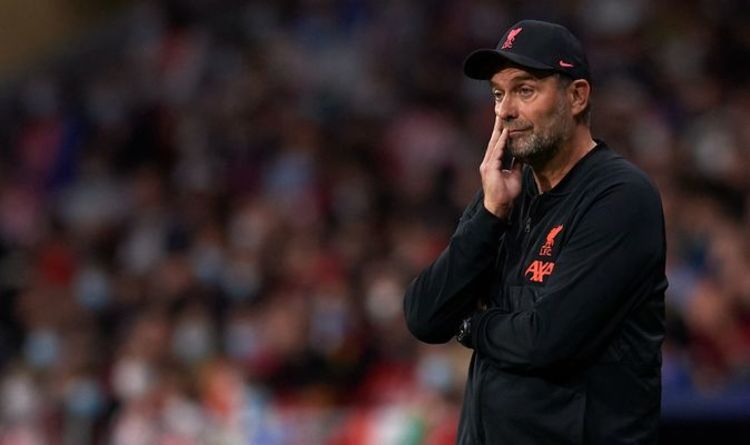 Sometimes, footballers can age like fine wines. But with Naby Keita, Liverpool boss Jurgen Klopp may be left wondering if his expensive purchase has failed to ferment properly after a bittersweet performance against Atletico Madrid. The Reds blew an early two-goal lead but came away with maximum points after beating their 10-man opponents 3-2.

The Reds had been in superb form so far this season and remain unbeaten in all competitions, having won both of their Champions League matches in the group stage.

Klopp’s men had overcome AC Milan in the group stage opener and thrashed Porto in Portugal.

But Atletico Madrid would prove to be their toughest test, having only lost one of their 41 home European ties at the Wanda Metropolitano.

Atletico Madrid started in a 3-5-2, with Yannick Carrasco and Kieran Trippier on the left and right flanks as wing-backs to counteract Liverpool's front three.

But it took only eight minutes for the in-form Mohamed Salah to get the Reds off to a superb start in Madrid.

Jurgen Klopp: The Liverpool boss has a decision to make (Image: NurPhoto)

The way he skipped past Carrasco was far too easy, but the close dribbling and audacity to then jinx past Thomas Lemar and Koke with consummate ease.

Jan Oblak might well have saved the low effort had James Milner not stuck his leg out to direct it into the far corner. But there was no question that Salah was the artist behind it.

Chants of “Mo Salah, Mo Salah” emerged from the high corners of the magnificent arena, with Liverpool fans clearly sending a message of support for their ‘Egyptian King’.

It was 2-0 inside 13 minutes when Naby Keita thumped home a 20-yard volley after a poor clearance from Mario Hermoso.

It was sloppy, amateurish defending that might have been expected from Liverpool when they didn’t have Virgil van Dijk or Matip in the side. This time, there could be no excuses.

But Keita had to take his portion of the blame. He was not strong enough in the tackle to dispossess or even halt Felix — and Liverpool paid a heavy price.

The pace of the game meant that the midfielders were having to zip from one box to the other constantly and Keita clearly felt the effects.

Towards the end of the half, the 26-year-old was certainly labouring and was caught in possession as Atleti launched a long ball forward to Felix. This time, Alisson was there to make the stop.

Still, it was enough to show to Klopp that something needed to change. Even with Jordan Henderson and James Milner in the midfield three, there was not enough solidity to halt Atletico, who were growing more confident by the minute.

The German looked to his bench and brought on Fabinho, the sturdy Brazilian holding midfielder, to bring some steel to his side.

There was no surprise when it was Keita’s number that appeared on the fourth official’s board. Even despite his wonder strike, his overall performance simply was not up to scratch in a game where the quality was extremely high.

It was a game Liverpool could perhaps afford not to win, but lose and suddenly the shape of their group would look very different. Having already given up their two-goal cushion, few could blame Klopp for such a change.

For Keita, it will be seen as the latest blow in his Liverpool career. He should be one of the first names on the team sheet after Georginio Wijnaldum’s summer departure.

And while there have been glimpses of his ability, Klopp’s substitution shows there is clearly more for him to do to make it a regular occurrence.

That Liverpool have been linked with a move for Yves Bissouma, Declan Rice and, more recently, Aurelien Tchouameni — players similar to Keita — points to how Liverpool may be thinking in the future.

Tchouameni offers an energetic presence in the midfield, something that was alarmingly missing from Keita’s game in Spain on Tuesday night.

Klopp may look to his last big-money purchase from the Ligue 1 outfit — signing Fabinho for £40m in 2017 — which worked out rather nicely. Perhaps Tchouameni would follow suit.

But first, Klopp has the Keita conundrum to solve, with January perhaps the first opportunity to explore a potential sale.