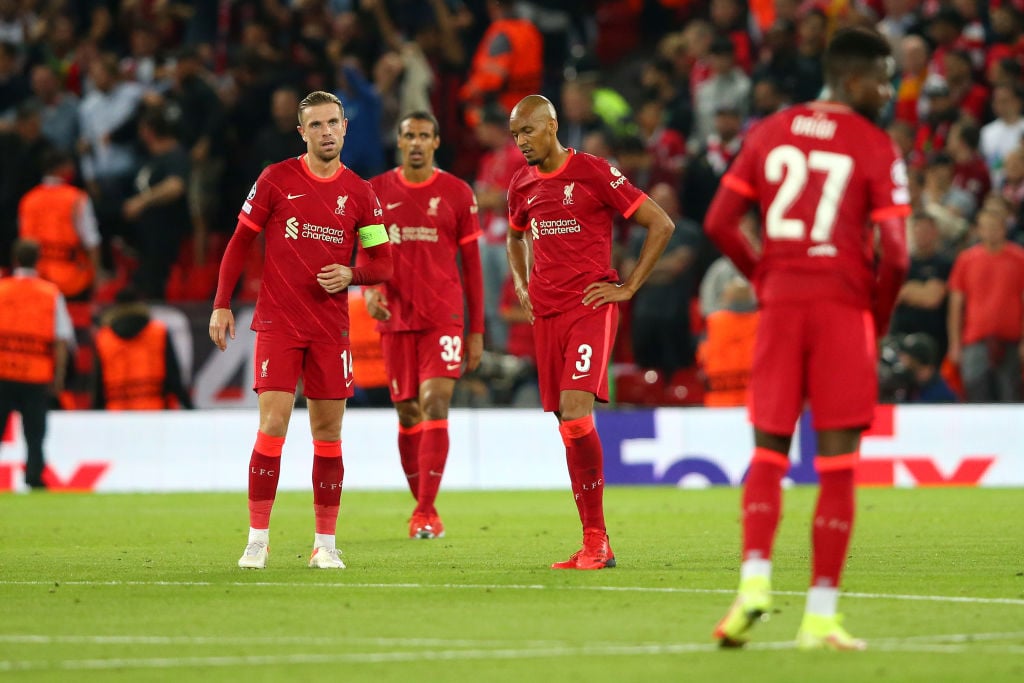 Some Liverpool fans have taken to Twitter to give their reaction to the performance of Fabinho against Atletico Madrid this evening.

Fabinho was in action for Jurgen Klopp’s Liverpool against defending La Liga champions Atletico in Spain.

The 27-year-old defensive midfielder did not start the Champions League Group B game, but the Brazil international came on as a substitute at half time.

It was not working, as the Reds conceded two goals in the first half.

So, Klopp decided to take off Keita and brought on Fabinho in his place at half time.

Liverpool did not concede in the second half and won the match 3-2.

Yes, the Reds were helped by Atletico going down to 10 men in the 52nd minute, but we cannot overlook Fabinho’s importance.

The Brazilian imposed himself in the middle of the park, protected the Liverpool back-line better and broke Atletico’s play.

Fabinho had a pass accuracy of 94.6%, won one header, took 44 touches, and made three tackles.

Some Liverpool fans were impressed by Fabinho’s display against Atletico this evening and have raved about the Brazilian on Twitter.

Below are some of the best comments:

The difference Fabinho is just immense, he protects the back 4 like nobody else #LFC

Immediate impact from Fabinho as he begins to occupy the space behind Atletico's front three when LFC are in possession. If they can manage a 3 on 2 situation ahead of the 5 at the back, it will result in a goal.

Wtf didn't Fabinho start? Guarantee we don't concede either of those goals if he's on the pitch.

if fabinho started we wouldn't have conceded btw

See how Fabinho stabilize the midfield.

In other news, 'Bound to get stick': Carragher makes claim about Everton fans at Goodison Park yesterday