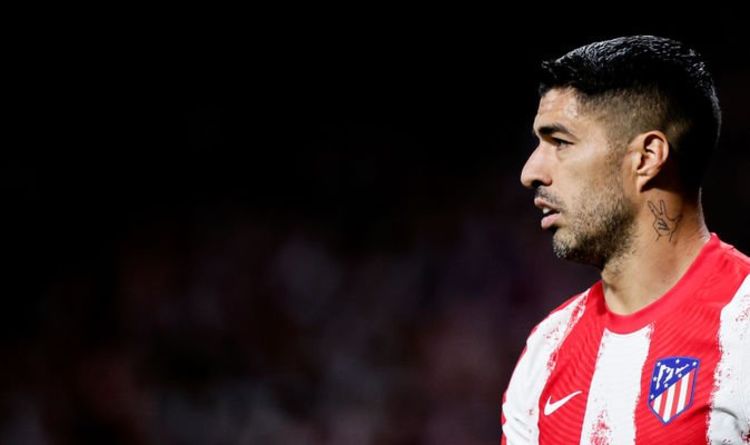 Liverpool travel to Atletico Madrid tonight in quest of their third consecutive Champions League victory of the season - and go up against a very familiar figure. Jurgen Klopp’s men opened their European campaign by defeating AC Milan 3-2 at Anfield last month, before storming to a resounding 5-1 win at Porto.

The Reds will face a daunting task in Spain, with La Liga champions Atletico tasting defeat just once in their first 10 games of the season.

A loss for Liverpool would see them overtaken at the top of the Group B table, after the La Liga side picked up four points in their opening two encounters.

And, if Liverpool are to get a result at the Wanda Metropolitano, they will have to null the threat of former striker Luis Suarez.

Suarez has scored five goals for Atletico this season and also got on the scoresheet for Uruguay last week.

The 34-year-old enjoyed a sensational three-and-a-half-year spell at Anfield after joining the club from Ajax in 2011.

Luis Suarez faced the wrath of Liverpool fans after celebrating a goal for Barcelona (Image: GETTY)

The deadly finisher racked up an incredible 82 goals in 133 appearances for the club and lifted the League Cup trophy in 2012.

His scintillating form and 31 top-flight goals during the 2013/14 campaign helped Liverpool lead the Premier League for much of the season before they were heartbreakingly beaten to the title by Manchester City.

But the striker, who moved to Barcelona in 2014, faced the wrath of the Reds fans two-and-a-half years ago as the Catalonians defeated Liverpool at the Nou Camp in the first-leg of the 2018/19 Champions League semi-final.

Suarez wheeled off in celebration as he opened the scoring in the match as the home side won 3-0.

And they went on to lift the trophy as Klopp’s men defeated Tottenham 2-0 in the final at Atletico's home stadium in Madrid.

“I think one of the best moments of my life I lived in Liverpool [during] this season because I would shoot from 40 yards and I would score,” Suarez added.

“I had so much confidence and the supporters, they helped me. I tried my best on the pitch and I miss a lot the support of the Liverpool fans on the pitch.”