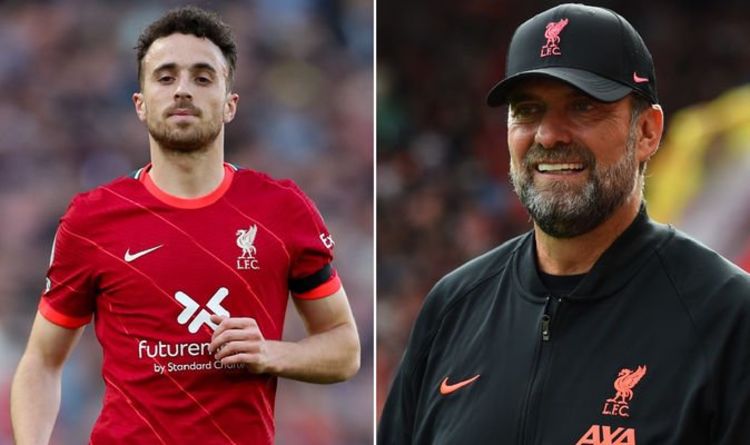 Liverpool can effectively put one foot into the Champions League knockout stages if they manage victory away at Atletico Madrid tonight (8pm). The Reds take on the Spanish champions in fine form and sat top of Group B with eight goals scored in just two matches. Atletico, in typical style, have scored twice and conceded only once after slipping to a draw against Porto. Express Sport looks at four changes Jurgen Klopp could make across the pitch as Liverpool look to make a statement on the continent at the venue where they won this competition in 2019.

While back-up shot-stopper Caoimhin Kelleher was yet again excellent against Watford to keep a clean sheet, No 1 keeper Alisson will be recalled here.

The Irishman deputised brilliantly and at just 22 is indicating he has a successful long-term future at Anfield. He has mustered a string of unflappable displays whenever called upon.

Alisson was absent on the weekend due to his involvement in a World Cup qualifier for his country.

But the Brazilian has been back to his very best this term and with Jan Oblak at the other end, two of the world's very best will go head-to-head in the Spanish capital.

Mohamed Salah and Roberto Firmino understandably took the headlines at Watford but almost equally as superb was Trent Alexander-Arnold from right-back.

The scouse defender will start again here after returning to full fitness and may go up against Thomas Lemar or Yannick Carrasco, but will hope to impose his own attacking talent on the game.

Andy Robertson will equally face a tough assignment down the left in the form of Llorente, Angel Correa or perhaps even Kieran Trippier, and will therefore be picked over Kostas Tsimikas.

In the middle, Klopp may offer Joel Matip a rest ahead of the crunch trip to bitter rivals Manchester United this weekend.

Ibrahima Konate's relative inexperience as a Liverpool player, having played just twice for the club, may mean Joe Gomez returns.

He will go head-to-head with Luis Suarez and maybe also Antoine Griezmann alongside Virgil van Dijk to form the same centre-back partnership that won the club the league in 2019-20.

Fabinho should return to the starting eleven for Liverpool after missing the weekend's hammering of Watford at Vicarage Road.

Diogo Jota was an unused substitute at Watford and is therefore fit and fresh to come back into the team here.

While Firmino has featured sparingly this term, his hat-trick against Watford should mean he's likely to start at Old Trafford against Manchester United on Sunday.

With that in mind, Jota could come back in through the middle with the undroppable Salah on the right having contributed 11 direct goal contributions in his last eight matches.

Another option for Klopp is that Jota starts out on the left with Firmino centrally, giving Mane a rest.

But the Senegalese wide-man is in good rhythm with three goals in as many games and will be eager to maintain that goalscoring form at the Wanda Metropolitano, so should start out wide.

The four changes to Liverpool's XI: Alisson IN Kelleher OUT, Gomez IN Matip OUT, Fabinho IN Keita OUT, Jota IN Firmino OUT