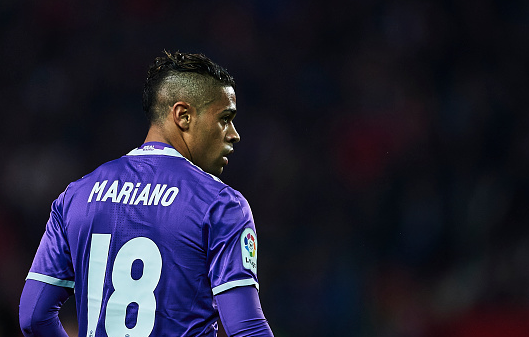 Over the last week or so, the British press have discussed Real Madrid’s Mariano Díaz emerging as a potential target for Newcastle United.

The striker has struggled for regular game time at Real Madrid in the past few seasons and recent claims made in England were well received by the Spanish media.

On October 12th, Cadena Ser, after relaying reports from England, explained the La Liga side would be ‘delighted’ if the Magpies were to make a €10m bid for the player.

The 28-year-old’s situation has gone from bad to worse this season and he is yet to make an appearance for Los Blancos.

AS now claim Rayo Vallecano came calling for the player in the summer and the Spanish giants thought he would accept this opportunity. The agent involved, however, informed Real Madrid that his client had said no to Rayo.

It was an ‘inexplicable’ decision because a loan move to Rayo would have allowed him to continue in Madrid and enjoy more minutes, something that he cannot count on at the Bernabéu.

In order to convince him, Rayo were even willing to offer Mariano in excess of €2m plus bonuses. His father also mediated, but it didn’t yield any result. It’s not the first time the player came close to leaving Real Madrid, only for the deal to collapse at the end.

Real Madrid believe Mariano has no objection to continuing at the club until his contract expires [2023], even if he doesn’t enjoy regular playing time. They even state: ‘That lack of ambition to play and compete is truncating a centre-forward career that seemed promising’.

Mariano is not included in Carlo Ancelotti’s plans and with Newcastle believed to be in the picture for him, his complete lack of minutes at Real Madrid could favour the Tyneside club in a potential deal.