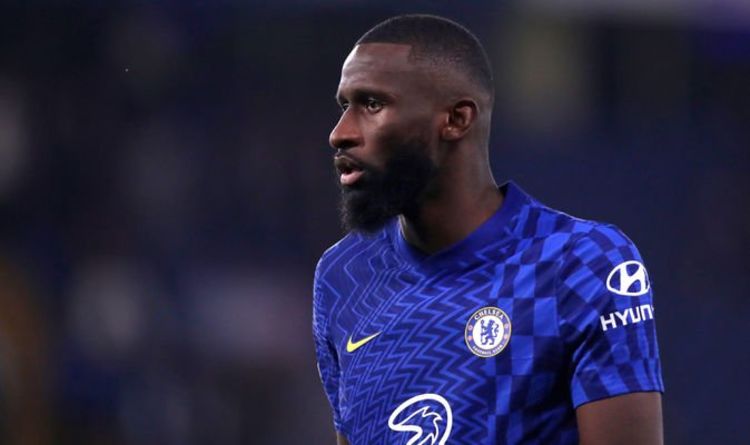 Real Madrid are apparently keen to land Antonio Rudiger when his Chelsea contract expires next summer – developments which could drive a wedge between Thomas Tuchel and the Blues board. Tuchel is desperate to keep the Germany centre-back in west London but no new contract has yet materialised.

Rudiger appeared to be on his way out of Stamford Bridge last year after falling out of favour under previous boss Frank Lampard.

But the 28-year-old has seen his Chelsea career resurrected under Tuchel and he is now one of the most important players in the team.

Rudiger didn’t miss a minute of Champions League action in the second half of last season after his compatriot arrived at the club as Chelsea went on to lift the trophy by defeating Manchester City in the final.

And he has continued his fine form this term, starting every Premier League and Champions League game to date.

Rudiger’s stock has risen and Tuchel wants to tie him down to a new long-term deal.

The club have entered negotiations with the defender but are reportedly unwilling to offer him anywhere near the salary he has asked for.

That has led a string of overseas rivals to target the player and, according to Spanish publication Marca, he is high on Real Madrid’s list of potential signings.

Los Blancos, who have struggled off the field during the COVID-19 pandemic, are aware they could land a top player without paying any transfer fee at all.

They are also keen on Rudiger because he is in his prime and could still have many years at the top of the game.

“He plays excellent for a long time - very consistent [and] at a very high level. I feel him very calm, very focused and it's obviously not a distraction for him.

“It's between the club and the player's agent.

“He feels the love from the supporters. He plays in the strongest league in Europe and in a big club, so not many reasons to change.

“But it's in good hands. I'm calm and relaxed - whatever has to happen will happen.”

Life at Chelsea has been good since Tuchel arrived. But if the board can’t get a deal for Rudiger over the line, they should be prepared for the manager to unleash his fury.