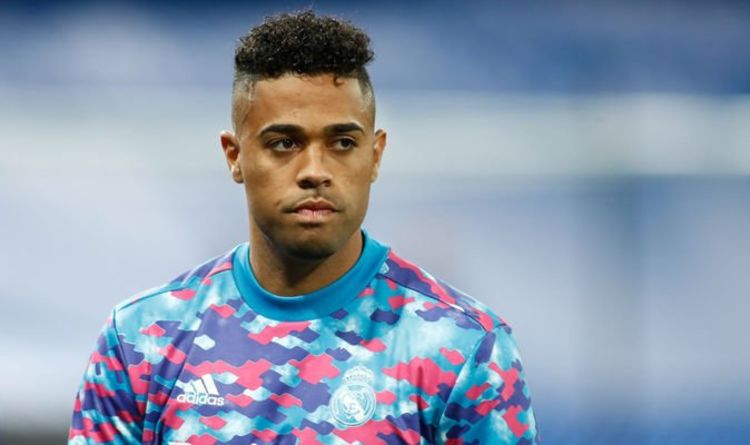 Newcastle United's seismic lack of goals this season means that they will likely be in for a striker come the January transfer window - and if reports are to be believed, Real Madrid striker Mariano may be that man.

Mariano, 28, was brought up in various youth academies in Catalonia before being introduced to the Real Madrid set up at the age of 18.

Having played for the C and B teams of Los Blancos until he turned 23, the striker was brought into the first team and impressed in his first season, scoring five goals in 14 games.

Lyon came calling for a fee of £7.2million, and the Dominican Republic International shone in eastern France, scoring 21 goals in just 45 games at the Groupama Stadium.

Real decided to amend their previous mistake and buy him back for a fee of £33m, but like a lot of transfers at the Santiago Bernabeu, this one has flopped.

But the talent is still there, and Newcastle fans will be hoping that a potential deal for Diaz could happen.

Mariano Diaz has been linked with Newcastle United (Image: GETTY)

A report from Cadenar Ser says that Newcastle are expected to make a bid for the striker.

“With this offer, it’s certain that Real Madrid do not think, that they’d be delighted,” say Cadenar Ser.

And having played no games so far this season, it would make sense for Carlo Ancelotti's men to take any fee whatsoever in their bid to shun him from the wage bill.

“The two players who will be at ease are Callum Wilson and Saint-Maximin," he said on talkSPORT.

“They would probably be the last to go but everyone else (should be worried).

“You look at their place in the league table, how could the players in a team that is second from bottom think they’re alright?"