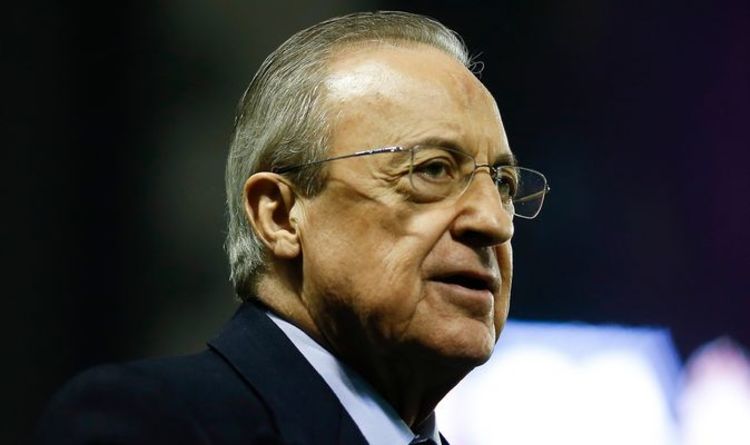 Real Madrid president Florentino Perez could risk public humiliation by negotiating with Tottenham to bring Sergio Reguilon back to the Spanish capital ahead of next season. The defender only joined Spurs on a long-term contract last summer but has already been linked with a surprise return to Los Blancos.

Reguilon has established himself as a regular starter at left-back in north London, playing every minute in the Premier League so far this season.He was shipped out to Spurs from Real Madrid after failing to assert himself for the La Liga heavyweights in spite of an impressive loan spell at Sevilla two seasons ago.However, it seems as though Perez is prepared to go back on his decision to let Reguilon go ahead of next summer.

Real Madrid are planning to sit down with Daniel Levy to discuss the possibility of a return to Spain, according to Defensa Central.

The report claims that Reguilon had a buy-back clause, which is set at £34million, inserted into the deal that saw him join Spurs a year ago.

JUST IN: Hungary fans clash with police inside Wembley during England match

The clause will remain valid until the end of the season but Real Madrid are looking to negotiate a lower price with Spurs ahead of its expiry date.

Such a move would represent an embarrassing change of heart from the Spanish giants after previously deeming Reguilon surplus to requirements at the Bernabeu.

If Spurs decide to hold firm and reject their advances, Real Madrid could end up paying even more than the £27m fee they originally received for his services.

Their previous decision to sell could eventually leave them desperately short at left-back, with Marcelo set to be out of contract at the end of the season and Miguel Gutierrez still regarded as too young and inexperienced for a prominent first-team role.

Liverpool could be without six stars for Watford after Jota injury

However, Reguilon previously admitted that it was not his decision to leave Real Madrid for north London, suggesting that he could be open to returning in the foreseeable future.

"Real Madrid has given me everything and I will always have a very special affection for them," Reguilon told Onda Cero last year.

"I’m not in Madrid because it’s something that wasn’t up to me. My conscience is very clear.

"You can’t be frustrated about decisions you don’t get to make. I didn’t get to speak with [former boss Zinedine] Zidane."

Reguilon is tied down at Spurs until the summer of 2025 (Image: EXPRESS)

Reguilon went on to drop another hint over a possible Real Madrid homecoming back in December, admitting that it would be 'nice' to grace the Bernabeu turf once again.

"I do not know," he told AS. "Whenever they ask me about Madrid I say that it has given me everything, it has always been my home.

"Come back one day? It doesn't depend on me. I'm focused on my thing, but it would be nice."