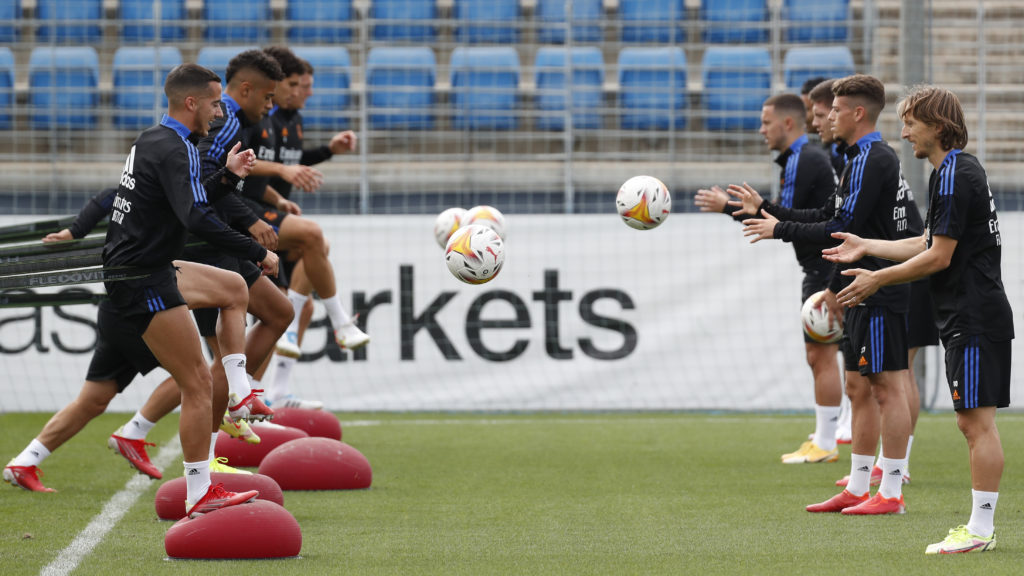 Real Madrid may be about to hand their former manager, Rafa Benitez, a spot of good luck ahead of the January transfer window with their plans for alleged Everton target Luka Jovic.

Reports by Defensa Central claim Los Blancos want to offload the Serbian striker during the winter sales. Carlo Ancelotti has rarely trusted Jovic since leaving Everton for another spell at the Santiago Bernabeu, with the 23-year-old playing just 84-minutes so far this season.

Ancelotti has not started Jovic in Los Blancos’ eight La Liga or two Champions League ties, either. Karim Benzema is the undisputed starter, while Erling Haaland and Kylian Mbappe are still highly sought-after in the Spanish capital.

So, the Real Madrid hierarchy are weighing up their options to offload Jovic in January, with a six-month loan possible. Los Blancos hope a short stint away from the Santiago Bernabeu will see their £52.5m signing rediscover his lost form. And thus, rebuild his market value.

A half-season loan would particularly appeal to Inter Milan, who considered signing Jovic in the summer. But the forward’s £8.7m-a-year (£167k-a/w) wage, injury history and lack of output under Zinedine Zidane saw the Nerazzurri look elsewhere.

Now, the San Siro outfit could face competition from Everton if they pursue a transfer for Real Madrid outcast Jovic. Defensa Central claimed last month that Benitez has asked the Toffees to sign the 17-cap international in the mid-season market.

Should Everton rival Inter Milan for Jovic transfer in January?

Jovic is struggling to find form at Real Madrid with Ancelotti tight-fisted with the Everton and Inter target’s game time. He has provided one assist and is yet to score over his 84-minutes of substitute action.

The 23-year-old showed at Eintracht Frankfurt what he is capable of when playing at his best. He scored 27 goals in 48 games in 2018/19 to merit his move to Madrid, and scored four goals in 18 after returning to Deutsche Bank Park on loan in the last January window.

Lionel Messi has also sung Jovic’s praises previously, after tipping the forward as a future star of world football. The Argentine icon said, via Sports Bible: “[He’s] a magical player who makes the impossible, possible.”