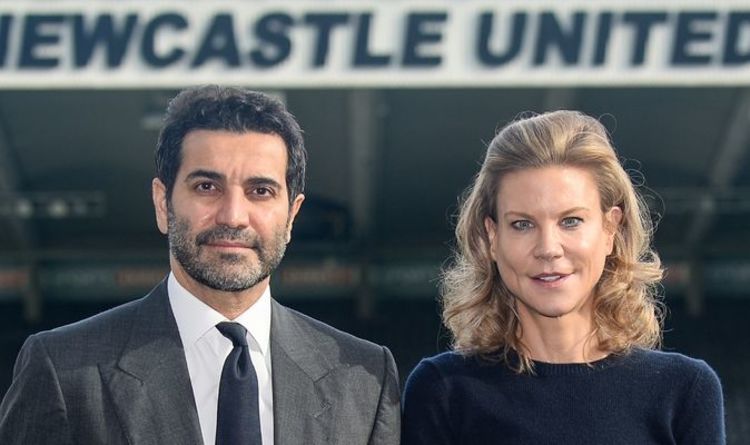 Newcastle will look to raid Spanish giants Barcelona and Real Madrid for a trio of signings following the incredible £305million takeover of the club, it has been claimed. A consortium fronted by Amanda Staveley completed the purchase of the Magpies from Mike Ashley last Thursday.

Staveley is the face of a new group which includes the Saudi Arabian Public Investment Fund (PIF), PCP Capital Partners and the Reuben Brothers.

PIF has taken an 80 per cent share in the club and the takeover was passed after the Premier League were assured that they are separate to the Saudi state.

Huge plans are expected, with hundreds of millions to be spent on assembling a new squad. The 48-year-old Staveley has told Newcastle fans to expect ‘world-class’ players arriving at St James’ Park.

And Newcastle could move quickly to realise Staveley’s dream by targeting three players from La Liga sides Barca and Real.

Newcastle were taken over by a consortium fronted by Amanda Staveley (Image: GETTY)

According to Spanish website Fichajes, the Tyneside outfit will attempt to sign former Liverpool hero Philippe Coutinho from Barca and are also targeting Los Blancos pair Gareth Bale and Luka Jovic for next summer.

Coutinho completed a stunning £130m move from Liverpool to the Blaugrana in January 2018 but that transfer has failed to work out.

The Brazilian’s reputation as one of the world’s elite attacking midfielders has nosedived.

Bale spent last season on loan at former club Tottenham but has gone back to Real and scarcely featured this term. The Welshman, who is currently injured, has played in just three La Liga matches.

Meanwhile, Jovic joined Real from Eintracht Frankfurt in 2019 but has failed to replicate the scoring form that made him one of the biggest attacking threats in Germany.

She added: "The training ground is really awful and needs a huge amount of investment.

"Luckily, that is one area we are not restricted by Financial Fair Play. There is no point in having fantastic players if there is nowhere for them to train.

"To get to the top of the Premier League you need a strong foundation, not just great players. They need to be robust and we need to build them.

"We also want to invest in St James’ Park — it needs a little bit more love."