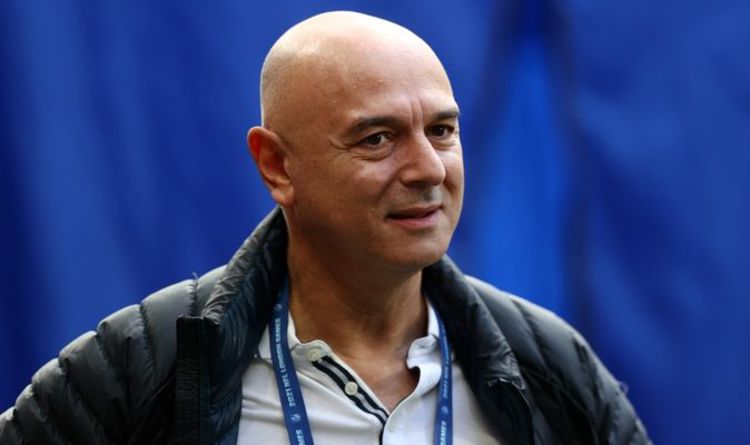 Real Madrid are planning to enter negotiations with Tottenham chief Daniel Levy over a cut-price deal to bring Sergio Reguilon back to the Spanish capital, according to reports. Reguilon joined Spurs from the La Liga giants last summer and has since played on 45 occasions for the north London outfit.

He featured heavily under Jose Mourinho and Ryan Mason last season and has continued in the same vein under the guidance of Nuno Espirito Santo.Reguilon has played every minute in the Premier League since the beginning of the new campaign, chipping in with an assist in the process.He is tied down at Spurs until the summer of 2025 but there is a chance that he could return to Real Madrid between now and the end of the season.The defender's old club inserted a buy-back clause into the deal to see him join Spurs a year ago, but this will expire in less than 12 months.

Real Madrid are now considering a move to land Reguilon ahead of the deadline, but only if they can seal the deal for less than his stipulated price tag of £34million, according to Defensa Central.

JUST IN: Newcastle players told they can emulate Kompany in Man City comparison

The report claims that Reguilon's existing clause is considered to be too high and Real Madrid are hoping that Spurs will accept between £25.4m and £27m for his services.

Club chiefs do not believe that Reguilon has developed enough as a player to justify an increase of around £7m on the fee they received for him last summer.

However, those at the Bernabeu are still confident that he has plenty of potential and can emerge as an important player in the years to come.

A move for Reguilon would suit Real Madrid ahead of next season, with Marcelo out of contract and Miguel Gutierrez still regarded as too young and inexperienced to assume a prominent first-team role.

Conte 'wants to learn about Newcastle job' but demand is key

The 24-year-old could rejoin the Spanish giants ahead of next season (Image: GETTY)

Club president Florentino Perez is said to be keen on negotiating with Levy but is all too aware that the Spurs chief is a tough nut to crack.

The Real Madrid chief was forced to wait until the very last day of the transfer window to sign Gareth Bale back in 2013, while Luka Modric also proved difficult to land a year earlier.

It remains to be seen whether Levy will be prepared to accept a discounted fee for Reguilon before the expiry of his buy-back clause in the summer.

The full-back made it clear shortly after joining Spurs that it was not his decision to leave Real Madrid, suggesting that he could be open to returning in the near future.

Reguilon is contracted to Spurs until the summer of 2025 (Image: EXPRESS)

"Real Madrid has given me everything and I will always have a very special affection for them," Reguilon told Onda Cero last year.

"I’m not in Madrid because it’s something that wasn’t up to me. My conscience is very clear.

"You can’t be frustrated about decisions you don’t get to make. I didn’t get to speak with [former boss Zinedine] Zidane."